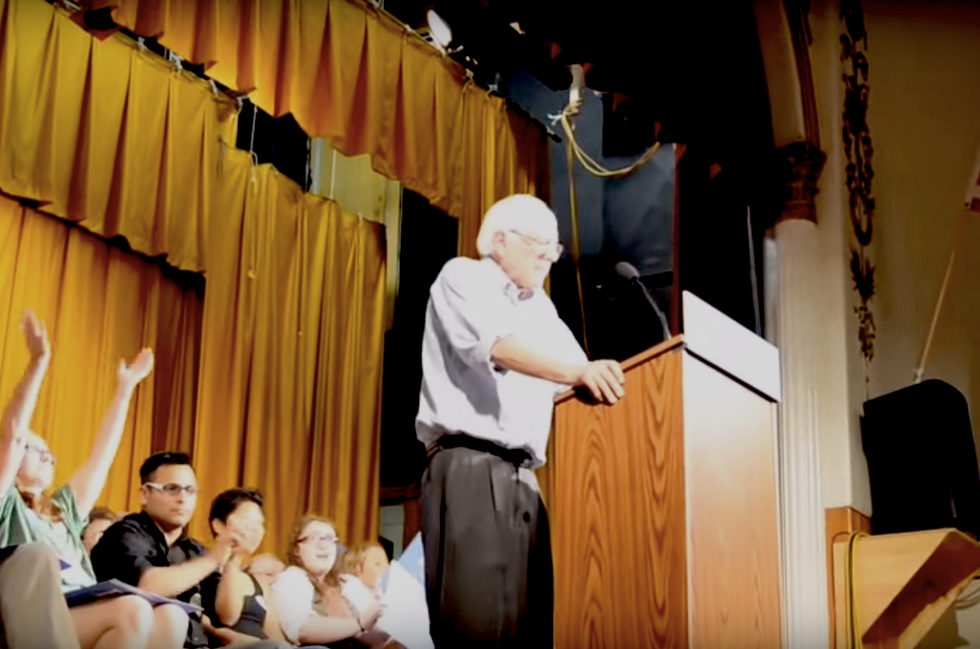 "Many of my Republican colleagues who come through New Hampshire and Iowa and so forth," said the 2016 Democratic nomination hopeful in video shot by Holly Owsianik, "they often talk about family values."

"What they mean by family values is that women are not smart enough to be able to purchase the contraceptives they need," he continued. "I disagree."

"And furthermore, what they mean by family values is that our gay brothers and sisters should not be able to get married or enjoy the other benefits of the American legal system. I disagree," said Sanders as the crowd at the Littleton Opera House cheered uproariously.

He said of his family and campaign, "We believe in strong families, but our view's just a little bit different than our Republican friends."

"When we talk about family values," he said, "what we mean is the United States should end the international embarrassment of being the only major country on Earth that does not guarantee family and medical leave to all of our families."