Bernie Sanders schools ‘corporate media’ reporter: No, I won’t slam Hillary for you 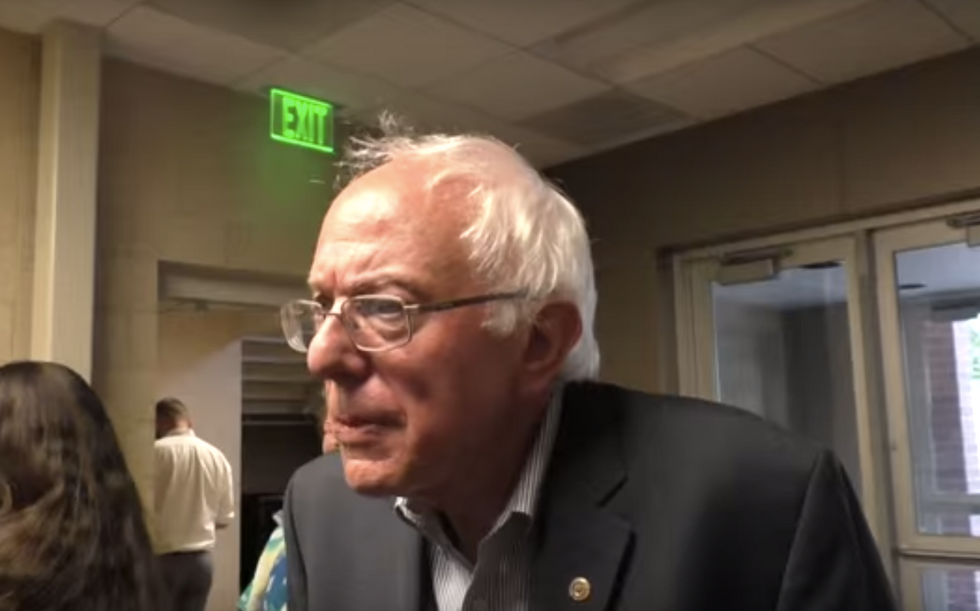 At a campaign stop in Dubuque, Iowa on Sunday, Democratic 2016 candidate Sen. Bernie Sanders (I-VT) refused to let a reporter bait him into trashing his rival for the nomination, former Sec. of State Hillary Clinton.

According to ReaderSupportedMedia.com, Sanders had just spoken to a crowd of about 2,000 when he made himself available to reporters. One reporter questioned Sanders on his positions on super PACs and the Iraq War in an attempt to goad him into criticizing Clinton.

"What I said is that corporate media talks about all kinds of issues except the most important issues, okay?" Sanders said sternly. "And time after time, I'm being asked to criticize Hillary Clinton. That's the sport that you guys like."

He went on, "The reason this campaign is doing well is because we're talking about the issues that impact the American people. I've known Hillary Clinton for 25 years. I like her, I respect her. I disagree with her on a number of issues. No big secret. I oppose the Trans-Pacific Partnership. I want to raise the minimum wage to $15 an hour."

"Doesn't she?" the reporter asked.

"No, not to the best of my knowledge, no," Sanders replied.

He went on to tick off a number of issues, including his opposition to the Keystone Pipeline and the War in Iraq.

"The issue I want to be talking about," he said, "is the collapse of the American middle class. Are you guys gonna write about that?"

"I am not going to get into the game of sitting around and criticizing Hillary Clinton," Sanders said.