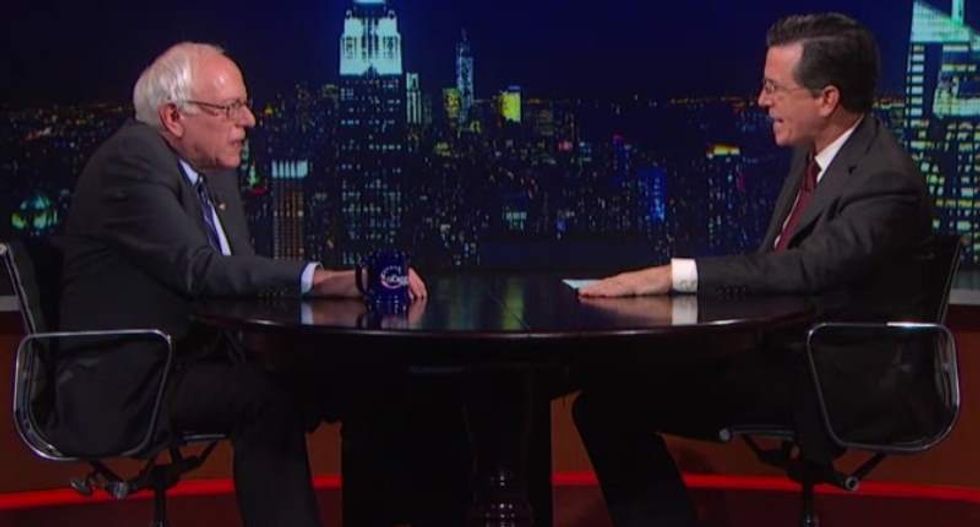 Democratic presidential candidate Sen. Bernie Sanders (I-VT) will be a guest during the second week of Stephen Colbert's run helming the Late Show, The Wrap reported on Monday.

Sanders is scheduled to appear on Sept. 18, along with actress Lupita Nyong'o. The senator will be the second candidate Colbert interviews on his new show, following Republican Jeb Bush's appearance during the show's premiere on Sept. 8.

Colbert will also have Supreme Court Justice Stephen Breyer on the show on Sept. 14. Earlier this year, the host challenged Breyer's colleague, Justice Antonin Scalia, to appear on the program after mocking him for his opposition to the high court's ruling legalizing same-sex marriage.

Sanders last appeared on Colbert's previous show, The Colbert Report, last November. Footage from that interview can be seen below.