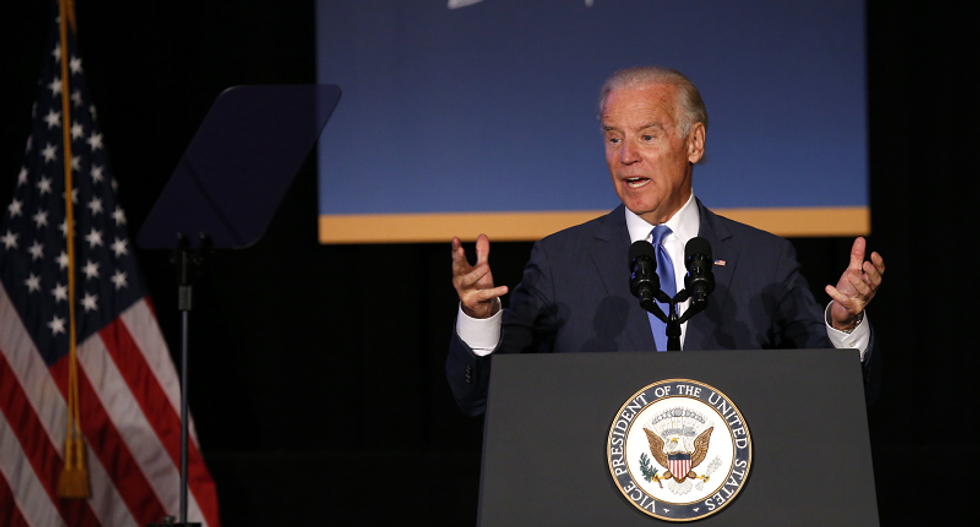 U.S. Vice President Joe Biden met on Saturday with Senator Elizabeth Warren, a popular progressive leader with a big support base among Democrats, as he mulls whether to run for president, according to a source familiar with the matter.

Biden has been meeting with senior advisers to evaluate options for taking on former Secretary of State Hillary Clinton, the Democratic front-runner who has struggled to overcome fallout from her use of a private email server while working as the nation's top diplomat.

His meeting with Warren is further evidence of how seriously the vice president is considering a run for the party's nomination. Warren has a lot of support from liberal-leaning groups that would be critical to winning in early voting states.

The vice president's office declined to comment other than to say Biden had left his home in Delaware to come to Washington for a meeting.

"The vice president traveled last minute to Washington, DC, for a private meeting and will be returning to Delaware," a White House official said.

Biden's entry into the race would up-end the primary process. He has a long history of supporting policies to boost the middle class, an issue that is important to Warren and that Clinton has made one of the signature issues of her campaign.