Bill Maher blasts 'the sharing economy': We did it to ourselves by worshipping greed 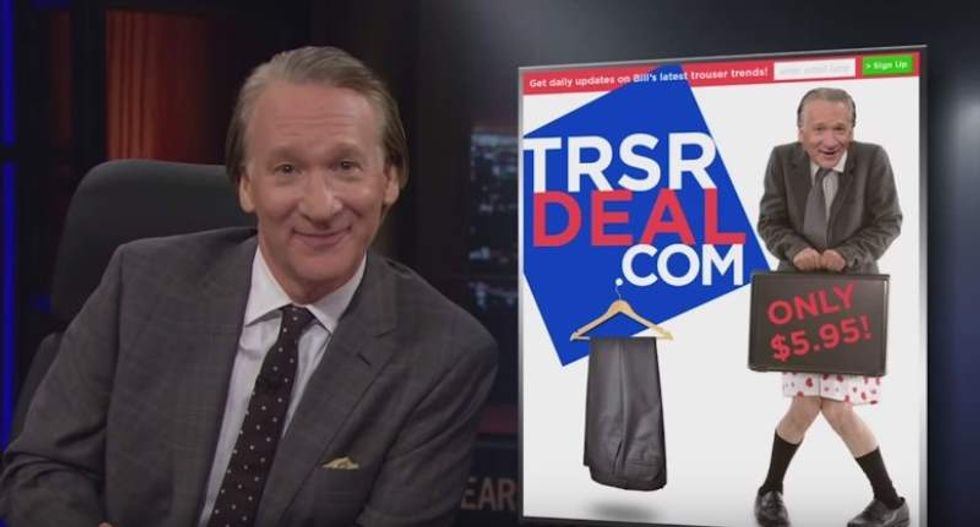 Real Time host Bill Maher closed the show on Friday with a scathing reprisal of the "sharing economy," saying that the US spent 60 years fighting communism only for everyone to lose their jobs not to immigrants, but to robots and driverless cars.

"As usual, we did it to ourselves by worshipping greed," he said. "From replacing people with robots to exploiting interns, from the slave labor we use overseas to the music everybody steals at home. We've all become so good at scheming, cheating, venting, raiding, gouging, and just plain f*cking each other that we woke up one day with 'the sharing economy' -- where the one thing we're not sharing are the profits. Somehow they forgot to create an app for that."

He scoffed at sites like Taskrabbit, Uber and AirBNB, wondering if the "sharing economy" wasn't really "the desperate economy."

"AirBNB?" Maher sniffed. "You really think anybody wants to have total strangers living in their apartment for a week? 'Oh look, someone else's pubes on my soap -- I'm living the dream.'"

At one point, he offered to sell his slacks from the episode online at "TRSRdeal.com."

He also singled out actresses Mary Kate and Ashley Olsen, pointing out that their company is selling $55,000 handbags while facing a lawsuit from interns who are just trying to make minimum wage.

"They'd also like their brother Hansel to be released from the fattening cage in the house made of candy," Maher said, before adding sotto voce, "'Cause they look like witches."