Bill Maher mocks Rick Santorum: How come I'm on the Pope's side on climate change and you're not? 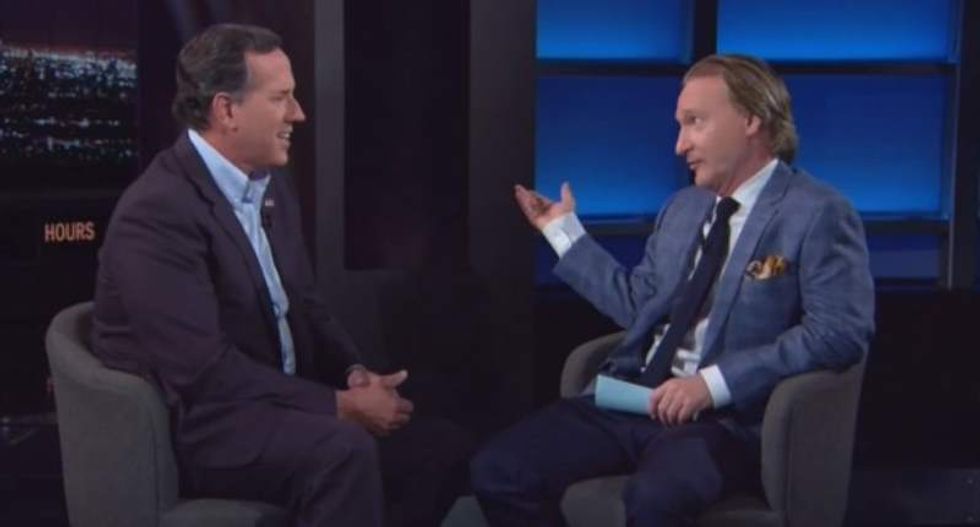 In a fairly congenial conversation with former Senator Rick Santorum (R), HBO's Bill Maher poked and prodded the devoutly Catholic politician over climate change asking how he could turn his back on comments made by Pope Francis while Maher -- an atheist -- is on the Pope's side.

After Santorum asserted that a recent survey of climate scientists showed that 57 percent of them don't believe that 97 percent of climate change is caused by CO2, a puzzled Maher said, "Rick, I don't know what ass you're pulling those numbers out of," as Santorum protested that it was true.

Maher then turned to citing the Pope's comments on climate change, saying, "The Pope made a very strong statement in support of my position on climate change. Not yours. And your position when you heard that was 'Hey, let's leave the science to the scientists.'Okay, first of all, you're not doing that."

Santorum interrupted to dispute the number of scientists cited by the Pope, only to have Maher stick up for the pontiff.

"What I want to ask is, I mean, I'm not a Catholic, I'm an atheist" Maher said. "But I like the Pope better than you do. You're saying the Pope should stick to what he knows, and I find that ridiculous."

Watch the video below from HBO's Real Time with Bill Maher: