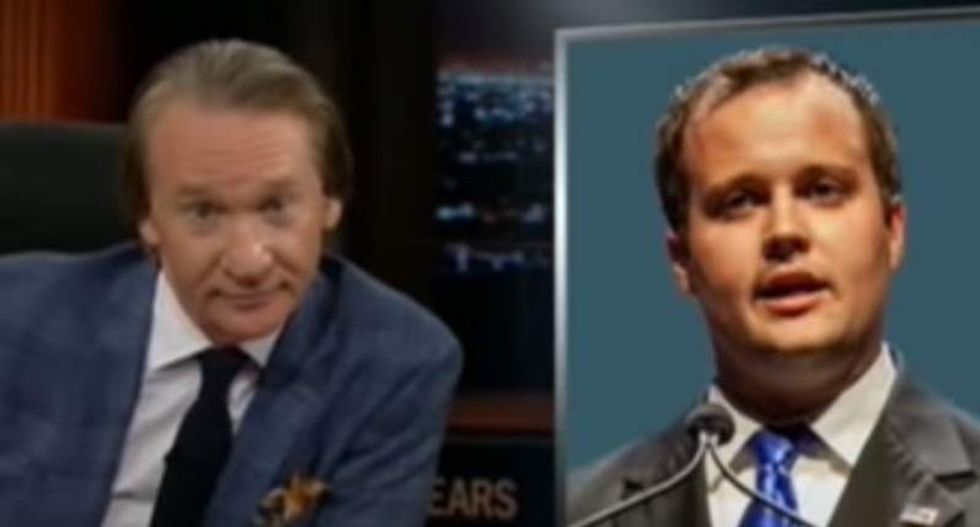 Bill Maher closed Real Time on Friday by questioning both the "female Viagra" and the push to put unnatural boundaries on peoples' sex drive -- which brought him to Josh Duggar and his two accounts on the affair match-making site Ashley Madison.

Maher said he found it "weird" that heterosexual sex is still micro-managed in a time when other sexual identities are celebrated.

"Caitlyn Jenner gets up at the ESPYs in a dress with tits and a d*ck under it and there's not a dry eye in the house," he argued. "Somehow with gay and transgender people we celebrate -- as we should -- the concept of 'I am who I am, I was born this way, this is my truth.' Great. But can we get the same deal for the 95 percent of us?"

People should be free to have sex -- or not have sex -- at their own discretion, Maher argued, as he expressed skepticism over the Addyi pill, which purportedly increases a woman's desire for sex, while actually lowering her blod pressure.

"People have been calling Addyi the 'female Viagra' but no, Addyi is a mood drug. Whereas Viagra is for men who still have the desire for sex, but physically can't," he noted. "Their penis used to go up like a lightsaber, and now it goes on like hanging Christmas lights."