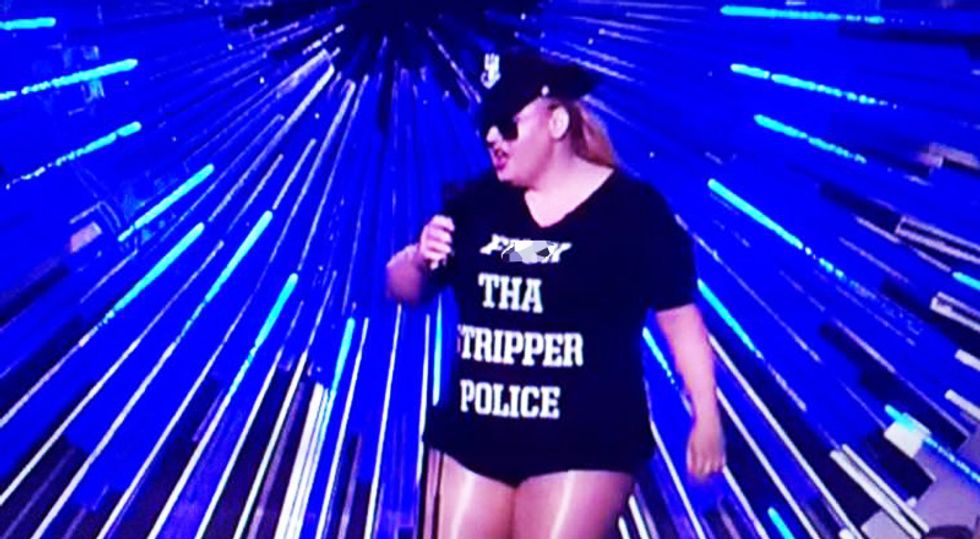 One of the leading voices of the Black Lives Matter movement took some shots at actress Rebel Wilson for her comedic bit on police officer strippers at the MTV Video Music Awards Sunday night.

Wearing a t-shirt reading “F*ck Tha Stripper Police," Wilson never mentioned police violence, aiming her jokes at the strippers who dress up like cops, saying: “A lot of people have problem with the police, but I really hate police strippers."

"They come to your house, you think you’re getting arrested, and you just get a lap dance that is usually uninspired." she said. " I hired a police stripper for my grandma’s 80th, and he wouldn’t even feel her up. I hate this injustice, hence the shirt.”

While Wilson's comments and t-shirt didn't seem to offend singer Nicki Minaj who danced on stage with the actress, her routine  didn't sit well with McKesson and others who felt her jokes made light of  the ongoing police violence against black Americans.

"Rebel Wilson's 'stripper police' was a mockery of the past year and the lives of those killed by the police," McKesson wrote.

The activist was soon joined by others, although some people on Twitter saw nothing wrong with the routine.