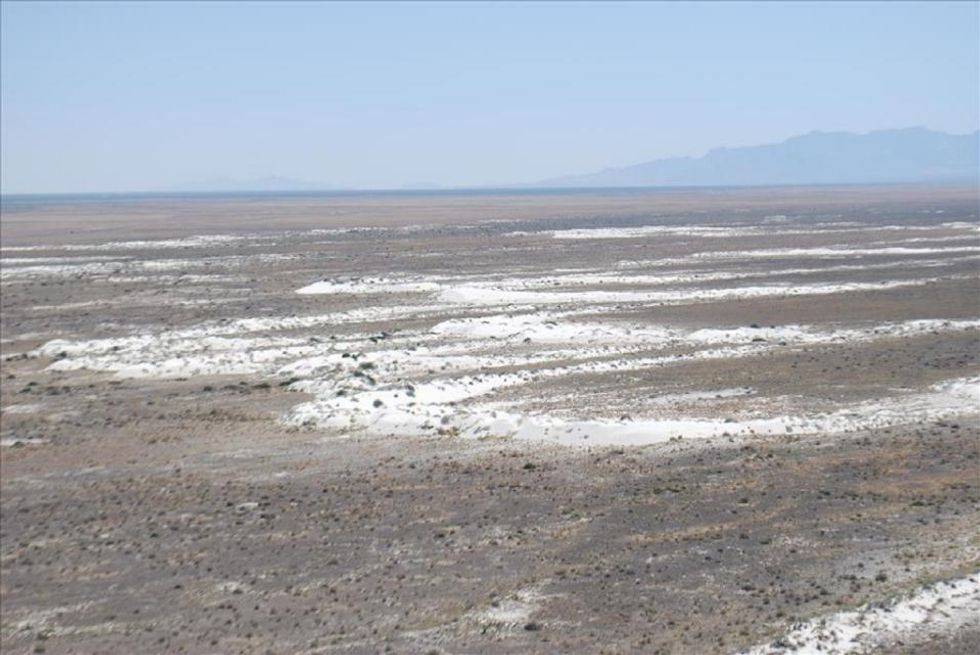 Roissy-Charles de Gaulle airport (France) (AFP) - A nine-year-old French boy who survived a desert hike in which his parents appear to have died of thirst, has been flown home from New Mexico, an airport official said.

The boy, Enzo, landed with his grandmother at Charles de Gaulle airport in Paris Sunday as it emerged that his tourist parents may have sacrificed their own lives to save his.

Otero County Sheriff Benny House said the boy was found dehydrated but responsive near the body of his father in the White Sands National Monument on Tuesday.

"The father and mother would take one drink while they made the child take two swallows of water," House told the Alamogordo Daily News.

"It might have been why the child fared so well due to his smaller stature, plus he probably consumed more water than they did," he added.

House said the boy told authorities that his mother had headed back toward their car after becoming ill. He carried on with his father.

Park rangers found the mother's body on a routine patrol of the area where temperatures had been reportedly been between 100 and 101 degrees Fahrenheit (38 degrees Celsius).

It was only when they checked her camera and saw that she had been with two other people, Hunter said, that a search began for the boy and his father.

National Parks spokesman Patrick O'Driscoll told the newspaper that visitors are recommended not to start hikes when the temperature was above 85 degrees and that each person should carry at least one gallon of water.

David Steiner, 42, and his wife Ornella, 51, from the small town of Bourgogne near Reims in northeastern France, had been on holiday in the southwestern state when tragedy struck.

The boy was taken to hospital in Albuquerque where his grandmother later joined him after flying from France.

Autopsies have been carried out on the couple to determine the exact cause of death, but the results are not yet known.

Their son arrived back with his grandmother on a British Airways flight late on Sunday afternoon, an airport source told AFP.

The family wanted to ensure "maximum discretion" for his return, the source added.

The boy's grandfather, Alain Steiner, told Le Parisien daily that his son David, a keen photographer, had been planning the trip for a year and a half.

"According to the information given to me by the foreign ministry, David and Ornella appeared to have given all their water reserves to their son so he could survive. But the precise circumstances of their deaths are not yet known," he told the newspaper.