Bristol Palin backs Trump, slams Fox News president for saying he only hired her mom because she was 'hot' 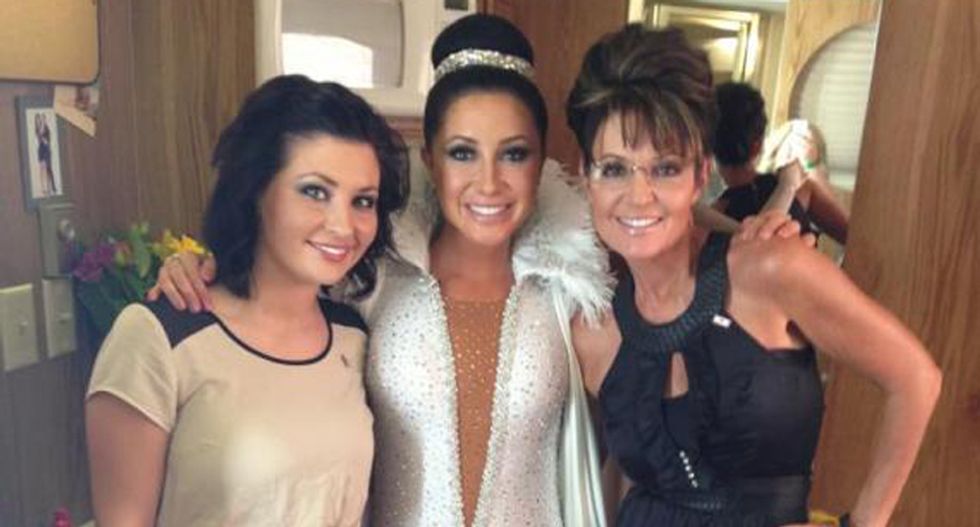 Saying she was breaking with her normal routine of blogging about liberals and their “outrage industry,” Bristol Palin turned her guns on her mother's former employers -- Fox News -- for their attacks on Donald Trump.

Trump has come under withering criticism for saying Kelly had "Blood coming out of her wherever" when she pressed him about comments he had previously made about women.

Writing on her blog, the daughter of the former half-term Alaskan governor claimed that she doesn't "endorse" everything that comes out of the mouth of the bombastic GOP presidential front runner, saying, " I actually have to work for a living and I don’t pay as much attention to politics as professional pundits.  But I know that I hate the 'politics of outrage' that people engage in."

Palin lambasted Fox contributor Erick Erickson for attacking Trump and disinviting the candidate from a RedState gathering in Atlanta over the weekend due to his misogynistic attacks on Kelly.

"Want to learn some 'lessons in sexual and political decency' from Erickson?" Palin wrote. "Erickson’s RedState once used a demeaning fake photo (wearing a revealing shirt with Santa Claus) of my Mom for an attack article on her.  Erickson refused to take it down even after he was made aware that it was photoshopped."

She then served up a shot at Fox News President Roger Ailes for hypocrisy over sexist comments, noting he once said, “I hired Sarah Palin because she was hot and got ratings."

Trump has previously said he would consider Sarah Palin for a spot in his administration.