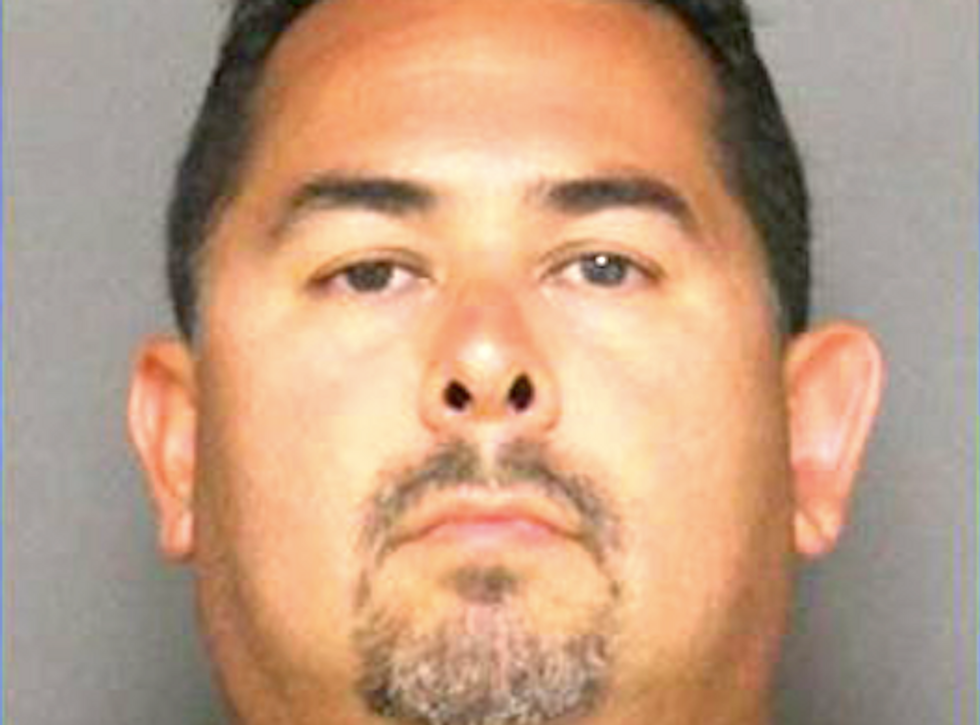 One of the police officers who was acquitted in the 2011 beating death of a homeless, schizophrenic man was arrested last month and charged with domestic violence.

According to KABC Channel 7, 41-year-old ex-cop Manuel Ramos was arrested and charged in a July 16 attack on an unidentified woman after police responded to a report of a family disturbance.

Ramos was charged with misdemeanor violence and released on $10,000 bond.

The OCWeekly.com blog said that the arrest would have remained a secret if a tipster had not contacted local activist Stephan Baxter.

Ramos and fellow officer Jay Cicinelli were charged and found not guilty in the beating death of a schizophrenic, homeless 37-year-old man named Kelly Thomas. In July of 2011, video cameras captured Ramos and Cicinelli -- along with several other officers -- beating Thomas to death as Thomas pleaded for his life and begged the officers to stop hurting him.

"See these fists?" Ramos told Thomas before he died. "They are getting ready to fuck you up."

"He's a punk, a thug and a violent person. He just doesn't give a damn!" he said.

Gabriel San Roman of OC Weekly wrote, "Ramos has had trouble staying away from the spotlight in Fullerton since his acquittal.Angry diners at Denny's shamed him out of the restaurant last year. The Weekly snapped some pics of him coaching Pony League baseball of all things the following month."