California man could lose hand after posing for photo with rattlesnake 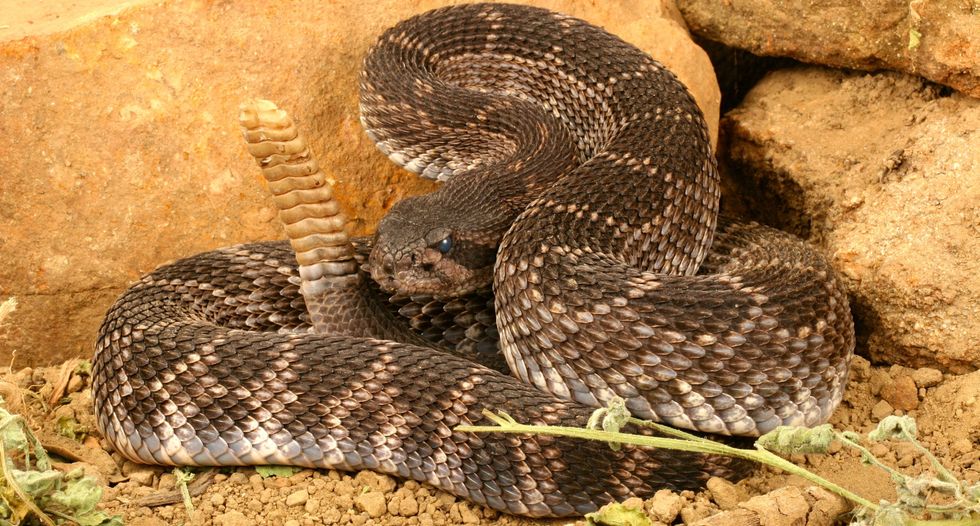 A Southern California man who picked up a rattlesnake to pose for a photograph was badly hurt when the reptile bit him on the hand, a Los Angeles television station reported.

Alex Gomez, 36, was bitten on Monday by the 4-foot (1.2-meter) rattler in a field at his family's ranch in Lake Elsinore, a community about 60 miles (100 km) southeast of Los Angeles, according to TV station KCBS which showed a picture of the man holding the snake around his neck.

Alex Gomez's mother, Deborah, told KCBS on Tuesday that her son might lose his hand because of the bite wound to the extremity. The man's hand swelled up after the bite, and he was taken to a local hospital and treated with anti-venom, according to the station.

"I'm shocked that he would have that thing around his neck," she told the station. "It could've bit his neck, and that would have been it. That's just being a fool."

She could not be reached for comment on Wednesday.

Rattlesnakes, whose bites can be fatal, are found in many parts of California. The peak season for rattle snake bites, which occur about 800 times a year in California, is from April to October, state officials say.