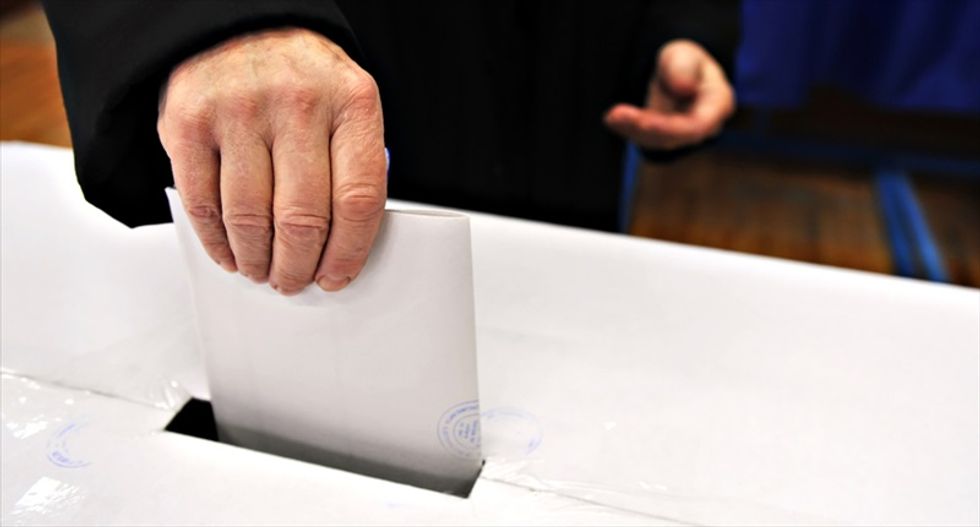 'A Man's Hand Putting His Vote In The Ballot Box' [Shutterstock]

California will drop its challenge to a court ruling allowing thousands of newly released felons to vote, an official said on Tuesday, the latest example of the success of a criminal justice reform movement that is gaining steam among Democrats as well as some Republicans.

The announcement by Alex Padilla, California's secretary of state, effectively extends voting rights to 60,000 to 73,000 former prisoners who had been released to the supervision of local probation departments under a program to reduce crowding in the state's massive prison system.

"If we are serious about slowing the revolving door at our jails and prisons, and serious about reducing recidivism, we need to engage - not shun - former offenders," Padilla, a Democrat, said in remarks posted on his official website. "Voting is a key part of that engagement."

Padilla's move is part of a broader effort in the most populous U.S. state to reduce penalties for non-violent crimes and make it easier for former prisoners to integrate back into society. Last year, voters passed a referendum that reclassified numerous drug-related and other non-violent crimes as misdemeanors.

Nationwide, Democrats and Republicans alike have called for reform of prison and sentencing laws in the United States, where incarceration has soared since fears of gang and drug-related crime in the 1980s and 1990s led to strict mandatory sentencing laws.

Because the majority of those incarcerated are African-American or Latino men, calls for prison reform have become intertwined with concerns about civil rights in minority communities.

At the national level, U.S. President Barack Obama, a Democrat, has set overhauling prison sentencing as a key goal for his final years in the White House, calling on Congress last month to send him a sentencing reform bill by the end of the year.

Padilla's announcement brings to an end a lawsuit filed by the American Civil Liberties Union arguing that the state was illegally denying felons released under Democratic Governor Jerry Brown's prison realignment program the right to vote.

California law says convicted felons may vote once they have completed their sentences and paroles. The felons affected by the lawsuit had been released without parole, but because they remained under supervision of county probation departments, the state had initially said they could not vote.