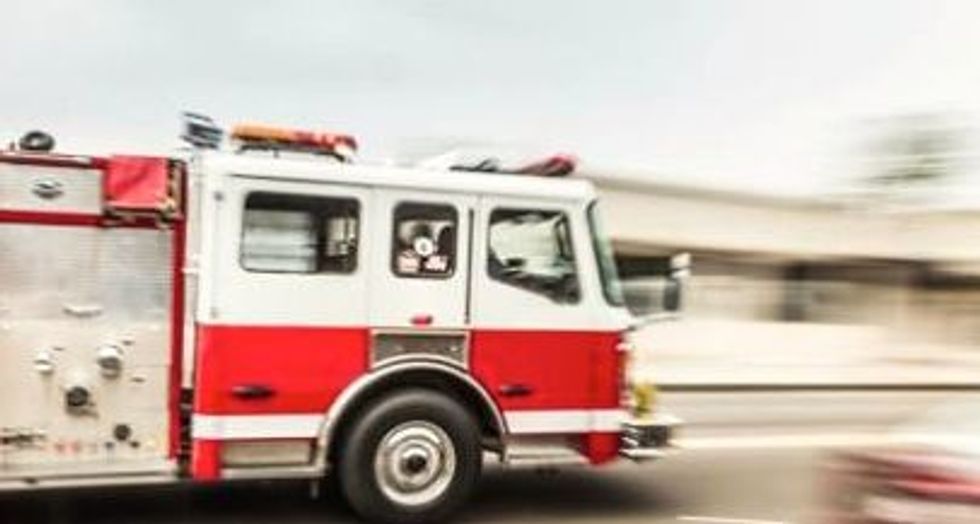 A fire destroyed the Second City comedy offices, but largely spared the theater of the sketch and improv company in Chicago that has helped launch the careers of many comedians, the Chicago Fire Department said.

Two firefighters sustained minor injuries battling the blaze investigators believe started in a kitchen in the first-floor restaurant in a three-story building next to the theater building, the fire department said.

The fire spread quickly through vents all the way to the roof of the building, Fire Department spokesman Larry Langford told a news conference.

Second City's main stage, adjacent to the office building, was not damaged by the fire. No historic memorabilia was stored in the offices, according to the theater company.

The fire department said the theater area was in good shape with a small amount of water in the lobby and damage to other areas.

"Everyone in the building was safely evacuated," Second City said in a statement.

The theater known for hosting legendary improv shows, opened in December 1959. Among the numerous comedians that have honed their skills at Second City include Bill Murray, Tina Fey and Stephen Colbert.

Second City said on social media that all comedy shows and classes are canceled Wednesday evening.