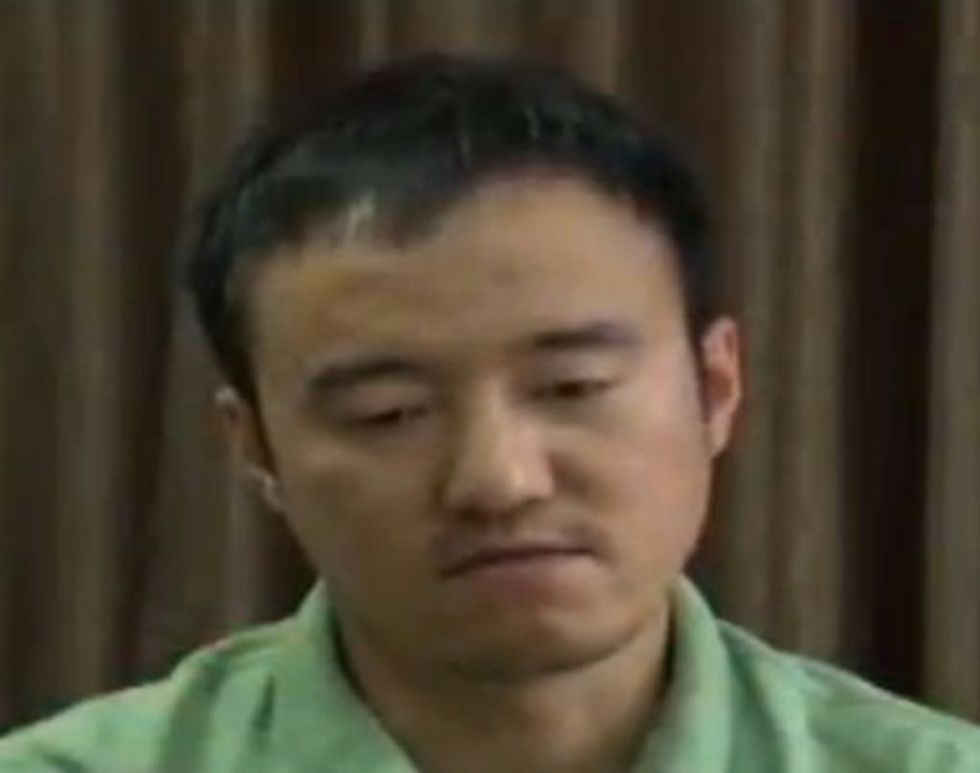 China's main state broadcaster on Monday paraded a financial journalist "confessing" to causing the stock market "great losses" as authorities seek to rein in a rout on the exchanges.

Wang Xiaolu, a journalist with the respected business magazine Caijing, was held after writing a story in July saying the securities regulator was studying plans for government funds to exit the market.

Beijing has launched interventions on a grand scale to try -- with little success -- to shore up plunging share prices after a debt-fuelled bubble burst in June.

Britain's Financial Times reported at the weekend that China had decided to stop buying shares in favour of intensifying a crackdown on those "destabilising" the market, although there was speculation as recently as last Thursday that government funds were acquiring stock.

The ministry of public security also said at the weekend that 197 people had been punished for "spreading online rumours" on several issues, including the markets and giant deadly blasts in the port of Tianjin on August 12. It (Other OTC: ITGL - news) gave scant details.

China has unleashed an unprecedented package of support measures, including using state-backed entities to buy stocks and cracking down on "malicious" short-selling -- when investors sell shares they do not own in anticipation of a fall in their price.

But the moves have done little to calm investors and concerns about the health of China's economy and its ability to manage its finances has infected world markets, sparking one of the worst global sell-offs since the financial crisis on August 24.

State broadcaster CCTV showed Wang as saying that he had sought to create a stir and catch the eyes of readers with his articles.

"I should not have published a report that heavily and negatively affected the market at such a sensitive time... (I) caused such great losses to the country and to stock investors. I am deeply sorry," he said.

Xinhua said Wang was held for fabricating and spreading fake information which had "caused panics and disorder at (the) stock market, seriously undermined the market confidence, and inflicted huge losses on the country and investors".

In China high-profile criminal suspects are regularly paraded on television apparently confessing to their actions, in what rights lawyers say is a violation of criminal procedure.

Once prosecutors post charges, conviction is all but guaranteed in courts which are tightly controlled by the ruling Communist Party.

"The accusations against Wang are symptomatic of the Chinese government's desire to control media coverage of share price movements," the group's secretary-general Christophe Deloire said in a statement.

"Suggesting that a business journalist was responsible for the spectacular fall in share prices is a denial of reality. Blaming the stock market crisis on a lone reporter is beyond absurd."

But Caijing said in a statement it "defended journalists' rights to do their duty under the law".

Authorities have also detained an official from the securities watchdog and four senior executives of Citic Securities, the country's biggest brokerage by assets, for "stock market violations", Xinhua said.

The Shanghai market closed down 0.82 percent on Monday, while Citic Securities dropped nearly five percent, in part because of the regulatory crackdown, dealers said.

The ministry of public security gave few details of the punishments involved in the campaign against online rumours, beyond saying that 165 social media accounts had been closed in the drive.

According to a statement the rumours included claims that a man had jumped to his death in Beijing due to the stock market slump, and that 1,300 people had been killed in recent giant explosions in Tianjin -- where the official toll stands at 158, with 15 missing.