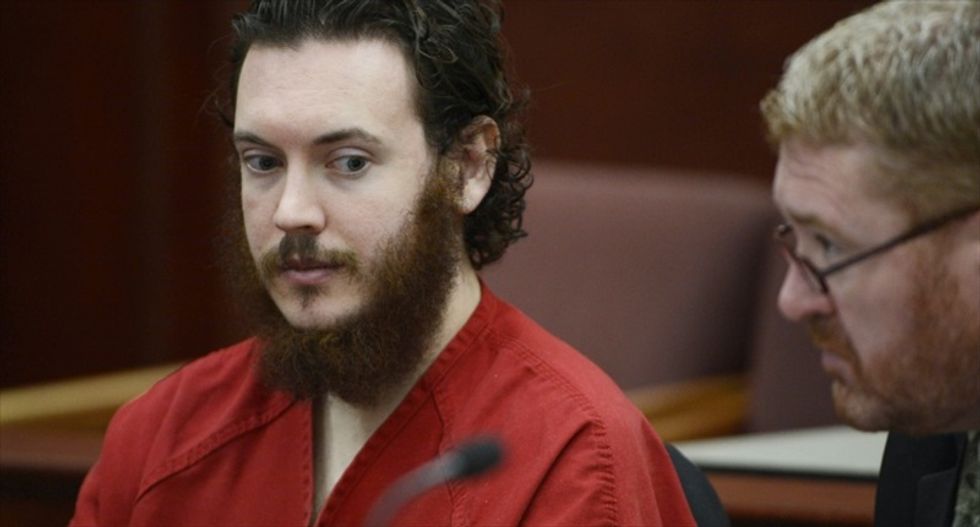 Colorado movie massacre gunman James Holmes will be sentenced to life with no chance of parole at a three-day hearing that begins on Monday following his conviction last month for murdering 12 people and wounding 70 in his rampage.

While the murder convictions carry mandatory life sentences with no parole, Colorado law requires that Arapahoe County District Court Judge Carlos Samour formally impose the penalties. Samour must also decide the punishment for the other charges Holmes was convicted of.

A jury found Holmes guilty of 165 counts of first-degree murder, attempted murder and explosive charges stemming from the July 20, 2012, mass shooting inside a Denver-area multiplex during a midnight screening of a Batman movie.

The 27-year-old onetime neuroscience graduate student had pleaded not guilty by reason of insanity, and prosecutors had sought the death penalty.

The nine-woman, three-man jury could not unanimously agree to condemn Holmes to death during the trial's penalty phase. Under Colorado law, he must automatically serve 12 consecutive life sentences without the possibility of parole.

About 100 people are set to give victim impact statements at this week's hearing, the Arapahoe County District Attorney's Office said in a statement. The victims cannot address Holmes directly.

After the testimony from victims, lead prosecutor George Brauchler will present his sentencing argument, the statement said.

Defense lawyers can present mitigation evidence on the attempted murder convictions, but it is unclear if they will do so. It is also unknown whether Holmes will make a statement before he is sentenced. He declined to speak in his own defense throughout the earlier proceedings.

The California native could ultimately be sentenced to a maximum of 3,318 years in prison, in addition to the mandatory life sentences, prosecutors said.