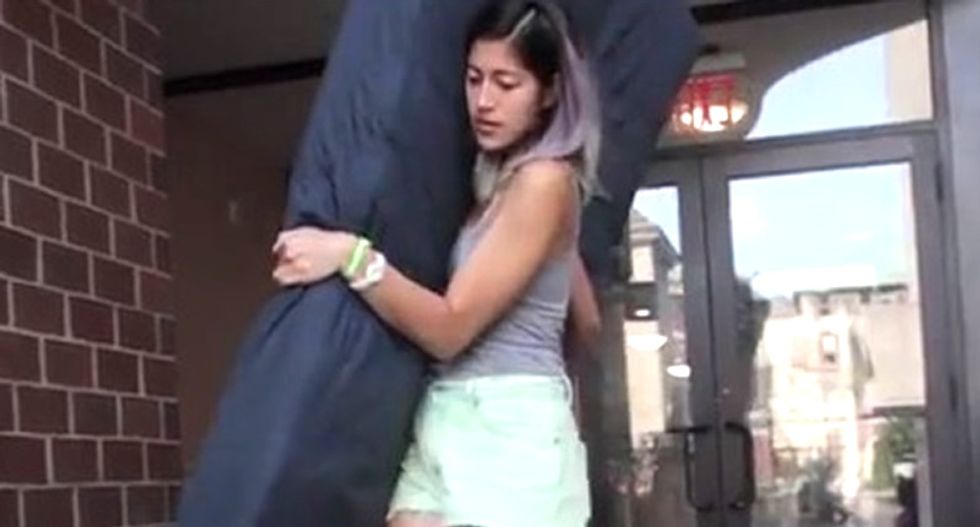 Columbia University on Friday asked a federal judge to dismiss a lawsuit by a recent graduate who said it allowed a student who accused him of rape to harass him by carrying a mattress around campus in protest, even though the school had cleared him of the allegation.

In a filing in Manhattan federal court, Columbia said the discrimination lawsuit by the plaintiff, Paul Nungesser, suggested that the school had an obligation to silence his accuser, Emma Sulkowicz, from speaking publicly about sexual assault on college campuses, an issue of national concern.

Nungesser in April sued Columbia and visual arts professor Jon Kessler, who oversaw Sulkowicz' senior thesis "Mattress Performance (Carry That Weight)," in which she drew national attention by carrying a mattress around the campus in Manhattan's Morningside Heights. Columbia's president, Lee Bollinger, was also named as a defendant.

"What plaintiff asks this court to do is to second guess the kinds of decisions made by professors and administrators at Columbia in applying disciplinary and academic policies, respecting free speech, and preventing sexual misconduct, as Columbia did in good faith here," Columbia said. "This court cannot and should not accept plaintiff's invitation to do so."

Sulkowicz accused Nungesser of raping her in a dormitory in August 2012. Nungesser has said the sex was consensual.

"We remain confident in our position that Columbia violated Mr. Nungesser's rights," said Andrew Miltenberg, a lawyer for Nungesser. "No individual should be victimized by a campaign of character assassination that is not only tolerated but promoted by the very institution that found him to be innocent."

The lawsuit seeks damages for what it called harm to Nungesser's reputation and his loss of career and educational prospects. Sulkowicz, who was not named as a defendant, has also graduated.