Conservative hypocrisy: Donald Trump isn't the only one who has a problem with women 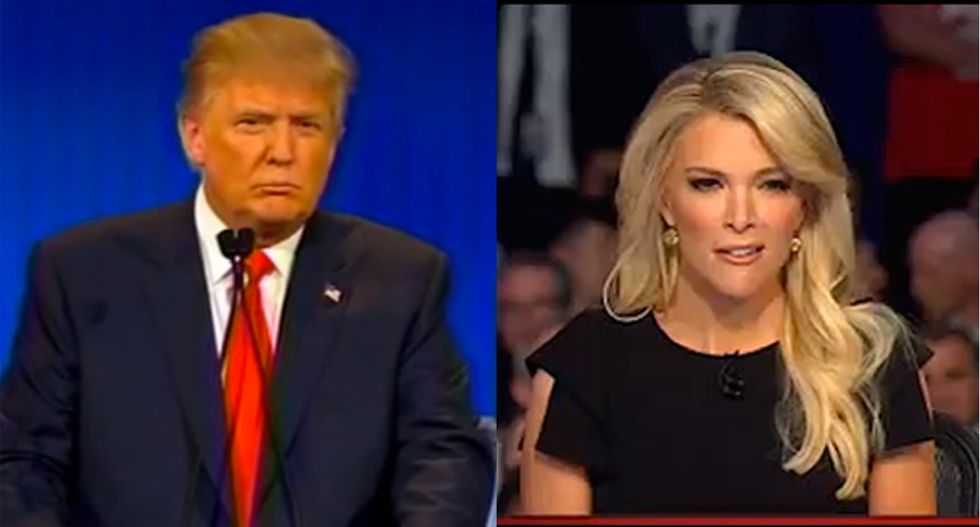 Donald Trump was at the heart of another controversy on Saturday, after the RedState conservative activist Erick Erickson banned him from his event in Atlanta over comments about Fox News anchor Megyn Kelly.

Erickson himself, however, has a long history of making disparaging remarks about women, including calling first lady Michelle Obama a “marxist harpy” and Texas politician Wendy Davis “abortion Barbie”.

In an interview with CNN on Friday, the day after the first debate of the Republican presidential campaign gave Fox a huge ratings hit , Trump appeared to insinuate that he had received aggressive questioning because Kelly had been menstruating.

Explaining his decision on Friday, Erickson said that though he had “tried to give [Trump] great latitude, his remark about Megyn Kelly was a bridge too far”. In an online blogpost , he added: “There are even lines blunt talkers and unprofessional politicians should not cross. Decency is one of those lines.”

Erickson also told reporters: “I don’t want to put words in [Trump’s] mouth and I hate using the label misogynist because I think its used too much but he’s suggesting a woman as a lady asked him a question and did so because it was her time of the month.

“It’s just not right. I’ve said a lot of shit in my life – and you can certainly quote me on the record using that word – but I would never suggest anything like that.”

Things Erickson has suggested include the notion that “Obama’s marxist harpy wife would go Lorena Bobbitt on him” – Bobbitt was a Virginia woman who in 1993 cut off her husband’s penis – should he even think about it”.

It, in this instance, was “ shagging hookers behind the media’s back ”.

Erickson has also suggested that there was nothing wrong with calling Davis, who in 2013 mounted a 13-hour filibuster against a Texas abortion law , “abortion Barbie”.

“The phrase was intentional to discredit Wendy Davis,” he subsequently told the Houston Chronicle, “but I never thought about ‘Barbie’ being something that demeaned women. I have an eight-year-old daughter who loves Barbie.”

On his own RedState blog – from which in 2010 he officially purged “birthers” , those who question Barack Obama’s right to be president – he wrote: “As an aside, one of the most hilarious bits of this is seeing liberals proclaim all references to someone as ‘Barbie’ sexist. Really?”

Erickson has regularly taken aim at feminists in general. In 2010, referring to an anti-abortion ad that ran during the Super Bowl, he tweeted : “that’s it?!?! That’s what the feminazis were enraged over? Seriously?!? Wow. That’s what being too ugly to get a date does to your brain.”

Erickson has recently added his voice to conservative calls for the withdrawal of federal funds from Planned Parenthood, if necessary via a government shutdown . The women’s health organisation has come under fire from Republicans after the release of a number of videos purporting to show staff members offering aborted foetal material for sale.

On Saturday, Dawn Laguens, executive vice-president of the Planned Parenthood Action Fund, released a statement that accused top Republican presidential candidates of taking “extreme positions far outside what most Americans believe” on abortion.

Laguens added: “Is it any surprise this weekend they’re doubling down and aligning themselves with a man loudly calling to shut down the government unless they get their way and block millions of women across the country from accessing basic, preventive care?”

Erickson’s views on women’s rights and roles go wider than the issue of abortion. In 2013, speaking to Fox Business , he expounded on his view of the roles of men and women in society.

“When you look at biology,” he said, “look at the natural world, the roles of a male and female in society, and the other animals, the male typically is the dominant role. The female, it’s not antithesis, or it’s not competing, it’s a complementary role.”

“And what I find interesting,” he added, “is that three-quarters of the people surveyed recognise that having moms as the primary breadwinner is bad for kids and bad for marriage, and reality shows us that’s the truth.”

On Saturday, as the dispute degenerated into name-calling on social media , the Trump campaign issued a statement in which it sought to explain the candidate’s remark.

“Mr Trump made Megyn Kelly look really bad,” the statement said. “She was a mess with her anger and totally caught off guard. Mr Trump said ‘blood was coming out of her eyes and whatever’ meaning nose, but wanted to move on to more important topics. Only a deviant would think anything else.”

Erickson, meanwhile, alluded to past controversies when he used Twitter to say : “The difference between Donald Trump and me is that I apologised and he is just denying he said it.”