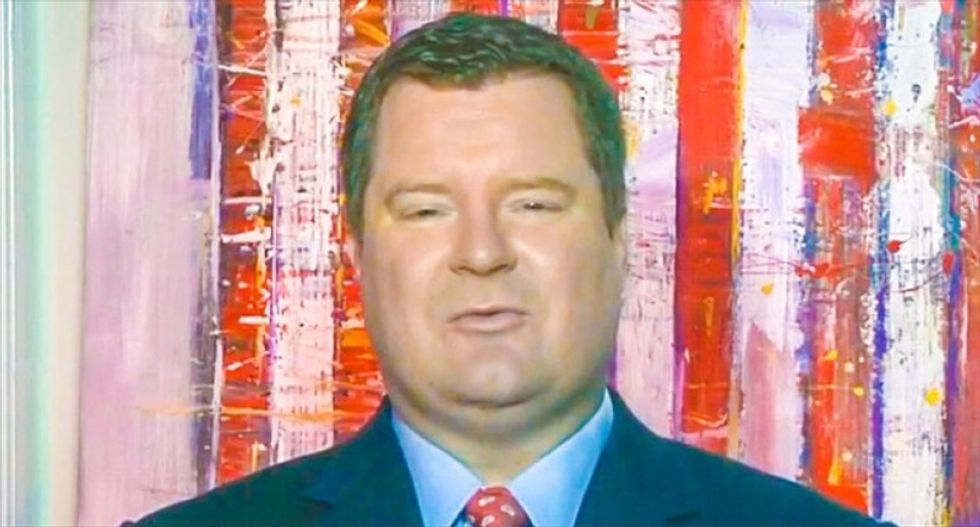 Conservative radio host Erick Erickson -- who once clashed with Fox News host Megyn Kelly -- announced online on Friday that he had rescinded his invitation for Donald Trump to speak at an event hosted by his website in Atlanta following the candidate's desparaging remarks toward Kelly.

Erickson said on Twitter that Trump's statement during a CNN interview that "blood was coming from [Kelly's] wherever" was "a bridge too far." The post can be seen below:

Trump, the current front-runner among GOP presidential candidates, was slated to appear at the RedState.com Gathering this weekend. According to WXIA-TV, the real estate mogul was going to be part of a "RedState Tailgate" event at the College Football Hall of Fame on Saturday.

Erickson, a former Fox News contributor, said in a post late Friday night that he had invited Kelly to replace Trump at the event.

"His comment was inappropriate. It is unfortunate to have to disinvite him," Erickson wrote. "But I just don't want someone on stage who gets a hostile question from a lady and his first inclination is to imply it was hormonal. It just was wrong."

Kelly blasted Erickson in May 2013 after he stated that children were better off in heterosexual two-parent households when fathers were the primary breadwinners and mothers stayed at home.

"You're very clearly coming out and saying that women who choose to work instead of staying at home to nurture their children and instead have the father do that are imposing a worse future on their children than woman who make a different choice," Kelly said at the time. "The choice you and your wife have made."

"I don't view this as judging," Erickson responded. "I view it as a statement of fact," prompting Kelly to counter, "Just because you have people who agree with you doesn't mean it's not offensive."

While Erickson's decision on Friday was greeted by praise from some conservatives, critics pointed out that he has his own history of disparaging remarks against women; three months after his run-in with Kelly, he referred to Texas state Sen. Wendy Davis (D) as "Abortion Barbie," a remark he later defended by writing that Davis "staked her career on the right to chop a child to bits, no matter how viable the child is."

The progressive blog Media Matters has also noted that another former colleague, Greta Van Susteren, once called him a "creep" who had a "pattern of being disrespectful to women." In 2008, he called First Lady Michelle Obama a "marxist harpy wife."

He has also praised the Masters golf tournament for having what he called a "no broads allowed" policy, and earlier this year he told Rush Limbaugh that the only reason a person would study gender-related issues in college would be if they wanted to become "a professional victim."