Conspiracy anyone? Inside the NSA’s 9/11 cover-up 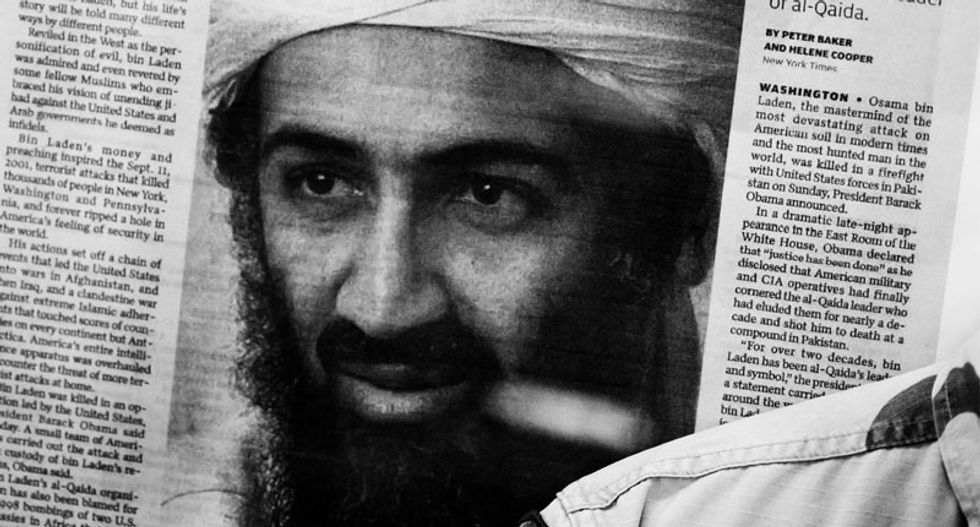 “All tricksters, other than magicians, depend to a great extent upon the fact that they are not known to be, or even suspected of being, tricksters. Therein lies their great advantage.” — John Mulholland

Magicians wield secrecy on the theater stage in the service of illusions. Spies likewise wield illusion on the world stage in the service of secrecy. So it is with the events behind the attacks of 9/11 where those who question the official story are derided as conspiracy theorists. Thanks to the investigative digging of reporter James Bamford, with the assistance of NSA whistleblowers like Thomas Drake and Kirk Wiebe, the 9/11 crowd can now point to a conspiracy fact: an incredible cover-up that goes all the way to the top of the American intelligence community.

In a recent piece published by Foreign Policy Bamford examines a phone call to a clandestine operations center run by Osama bin Laden in Yemen during March of 2000. The phone call was dialed by one of the 9/11 hijackers, Khalid al-Mihdhar, from his apartment in San Diego. In fact, there were a number of such phone calls made by 9/11 hijackers living in San Diego. Why didn’t our security services immediately launch investigations?

According to then director of the NSA, Michael Hayden, the NSA was unable to determine the geographic origin of these calls despite the fact that the phone line in Yemen (967-1-200-578) was under intense scrutiny by NSA. The Yemen number was tracked using a form of surveillance known as “cast-iron” coverage where dedicated resources were allocated to continuously monitor the line 24/7.

Years later, in 2014, Hayden claimed that technical difficulties prevented exact geolocation. By the way, this is the same justification that he relied on post-9/11 to help institute the bulk collection program for phone metadata. Hayden told interviewers from Frontline: “Two guys, Nawaf al-Hazmi and Khalid al-Mihdhar, living in San Diego… come to the United States, call home, call Yemen, call a safe house in Yemen seven times. We intercepted every one of the calls, right?

Nothing in the physics of the intercept, nothing in the content of the call told us they were in San Diego. If we'd have had the metadata program, OK, if we'd have had that basket of stuff and that phone number of that safe house in Yemen, which we knew, and we would have walked up to that metadata and said, "Hey, any of you guys talked to this number in Yemen?" those numbers in San Diego would have popped up.”

James Bamford, himself a former NSA whistleblower, digs into Hayden’s assertions. Leveraging the technical expertise of former NSA insiders he unearths an unsettling find. The narrative spun by Hayden is “an absolute lie.” The NSA knew damn well that these calls were coming from San Diego. According to former NSA senior executive Thomas Drake: “Every number that comes into that switchboard, if you’re cast-iron coverage on that switchboard, you know exactly what that number is and where it comes from.… You know exactly—otherwise it can’t get there.”

Former NSA senior analyst Kirk Wiebe expounds on Drake’s counterpoint, noting that telephone communiques are bundled with the bits of information necessary to bill the correct phone company: “You know the phone numbers involved, who’s making the phone call, and who it’s going to because the billing system has to have that metadata to charge you.”

So Drake, Wiebe and other NSA veterans charge that Hayden is full of it. That the NSA was aware of terrorists in San Diego phoning home to Yemen. This raises some important questions. For example, how on earth could an intelligence agency with billions in resources neglect to follow up on these calls? From people whom they knew to be associated with bin Laden? How could internal security services not request court authorization for wiretaps and launch an inquiry? It’s a given that any investigator worth their salt would’ve linked and correlated the San Diego callers to other 9/11 terrorists in the United States and almost certainly put a halt to the operation.

There may be those who point to incompetence and embarrassment as a possible explanation. Such people would argue that the NSA is an agency like other agencies made up of people and that people are fallible; the San Diego call was somehow overlooked or was accidentally lost in the commotion of the NSA’s monolithic bureaucracy.

Your author questions this account, as it would indicate an organization that’s way beyond dysfunctional. Recent disclosures by WikiLeaks describe economic espionage by the United States which depict an NSA that’s more than capable of performing SIGINT missions. Other Snowden-era documents also indicate that the NSA runs a world class spy outfit. Consider also that foreign countries like Germany are just itching to be brought into the Five Eyes fold. No keystone cops here, no sir!

Precluding ineptitude leaves us with a more disturbing scenario. That the calls from San Diego were intentionally ignored. In other words certain people didn’t want them investigated. Thus raising even more disturbing questions. And from this point we must reluctantly travel down the rabbit hole. An entrance to a wilderness of mirrors, a placed defined by secrecy and illusion traveled heavily by the tricksters of the American Deep State.