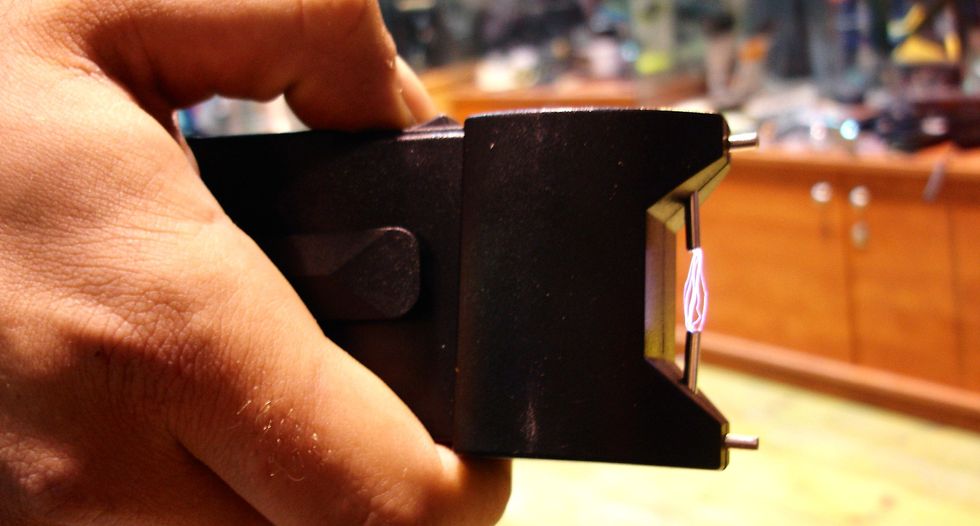 Investigators are probing the death of a man shocked with a stun gun while fleeing police in suburban Atlanta, authorities said on Friday, hours after a grand jury declined to indict another Georgia officer in the fatal shooting of an unarmed black man.

The stun gun incident occurred in DeKalb County, outside Atlanta, on Thursday when police fired at a man as he fled through the passenger side of a car during a traffic stop, WSB television station reported, citing witnesses. Authorities have not yet identified him.

DeKalb County police spokesman Steven Fore said the Georgia Bureau of Investigation is examining the incident. A spokeswoman for the bureau did not immediately return a phone call seeking comment.

The death follows a county grand jury decision on Thursday against indicting a former police officer in the 2011 shooting of an unarmed black teenager, the Fulton County District Attorney's Office said. It was the second time a grand jury declined to bring an indictment.

The former officer, Luther Lewis, who worked in Union City, Georgia, shot the teenager twice in the back as he was lying face down on the ground and was being handcuffed, according to the Atlanta Journal-Constitution, which investigated the death and interviewed several officers.

Lewis said the teen went for his gun as he lay on the ground with one hand cuffed, the newspaper said. There were no witnesses, it added.

A grand jury in 2012 refused to indict Lewis, but another officer later came forward to say Lewis did not mention any struggle but instead said he shot the teen when he was on the ground and refused to show his hands, it reported.

On Thursday, Fulton County District Attorney Paul Howard said he had taken the case to the grand jury a second time because of new information.