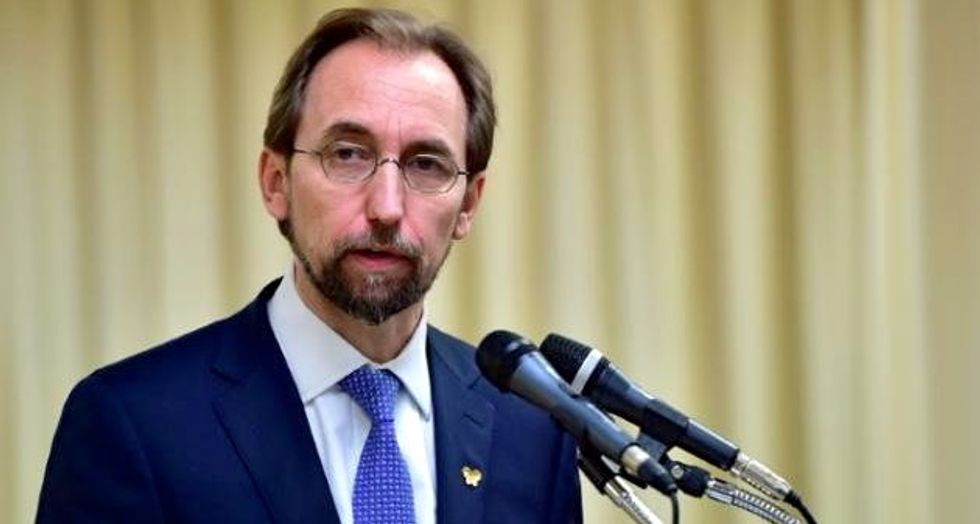 The United Nations on Wednesday called for the unconditional release of an Iranian spiritual leader who was sentenced to death at the weekend after being convicted of spreading "corruption on earth".

Mohammed Ali Taheri, who founded a spiritual movement and practised alternative medicine, was sentenced on Saturday by Iran's Revolutionary Court, according to a statement from the UN's High Commissioner for Human Rights, Zeid Ra'ad Al Hussein.

"I call on the Iranian authorities to immediately withdraw the charges against Taheri and ensure his unconditional release," Zeid said.

"For an individual to be sentenced to death for peaceful exercise of freedom of expression, religion or belief is an absolute outrage."

Taheri has reportedly been held in solitary confinement since his arrest in May 2011, according to the UN and Amnesty International.

The charges levelled against him include "insulting Islamic sanctities", touching "non-relatives of the opposite sex", and unlawfully providing medical treatment, Amnesty said in a report earlier this year.

Taheri, who has attempted suicide and launched 12 hunger strikes while in detention, was only granted access to a lawyer of his own choosing in December, Amnesty said.

According to the London-based rights group, Taheri lawfully opened a cultural and education centre in Tehran in 2006 after receiving what he described as spiritual messages.

Several of his offices were shut down in 2010 and Taheri was detained for more than two months, before briefly being released, according to Amnesty.

In a message posted on Facebook on Monday, Taheri's lawyer Mahmoud Alizadeh-Tabatabaei said his client "does not deny any of the principles of Shia Islam and firmly believes in them and observes them."

Taheri told the Revolutionary Court that he was prepared to recant his beliefs and seek forgiveness if the authorities believed his thoughts deviated from Islam's teaching, according to the post on his lawyer's unverified Facebook account.

UN rights chief Zeid said Taheri had since his second arrest been convicted "on a variety of vague charges".

His death sentence brings "into stark focus serious issues with the administration of justice and the terribly worrying use of the death penalty in Iran."

Iran has reportedly executed more than 600 people already this year, the UN said.

There was no immediate response from officials in Tehran.