Democratic support for Clinton at lowest since 2012: Reuters poll 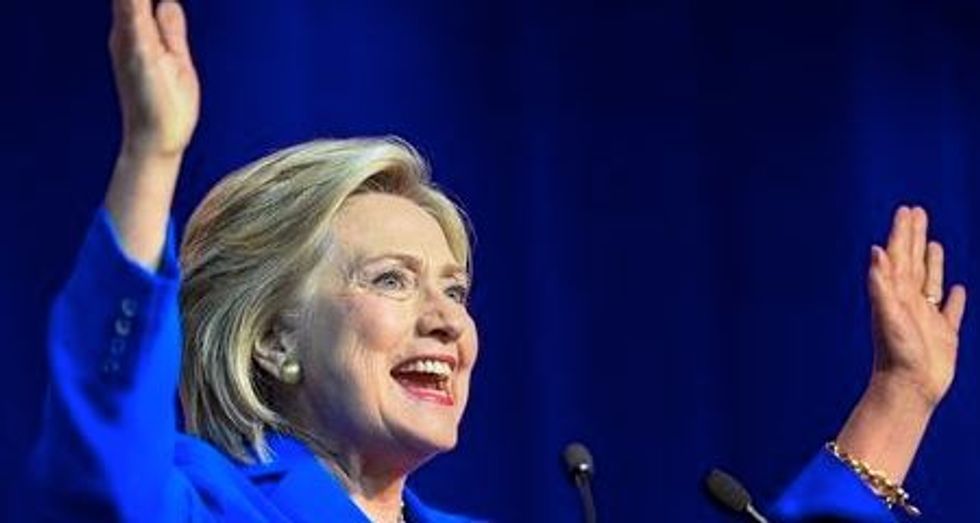 Presidential candidate Hillary Clinton's support among Democrats has dropped to its lowest point since Reuters/Ipsos began polling on her chances of winning the party's nomination for the 2016 election almost three years ago.

But the former secretary of state still has a lead of more than 20 percentage points over her nearest rival, Vermont Senator Bernie Sanders, the online survey showed on Friday.

controversy has grown over her use of a private email account when she served as America's top diplomat.

The Reuters/Ipsos survey, a rolling poll taken over the previous five days, put Clinton at 45 percent, with Sanders at 25 percent.

The lead is Clinton's smallest since Reuters/Ipsos began polling Democrats in late 2012 about who they want to see representing them at the November 2016 presidential election.

Vice President Joe Biden, who is considering whether to challenge Clinton for the nomination, came in third at 16 percent. Biden was polling at around 10 percent a month ago.

A total of 494 people who identified themselves as Democrats

took part in the poll, which had a credibility interval of plus or minus 5.1 percentage points.

Clinton's lead is now slightly smaller than the gap between Republican front-runner Donald Trump and his nearest rival, former Arkansas Governor Mike Huckabee, in a Reuters/Ipsos survey of Republicans.

Trump, with 33 percent, led Huckabee, with 12 percent, on Friday.