Do conservatives believe that Pap smears are health care? 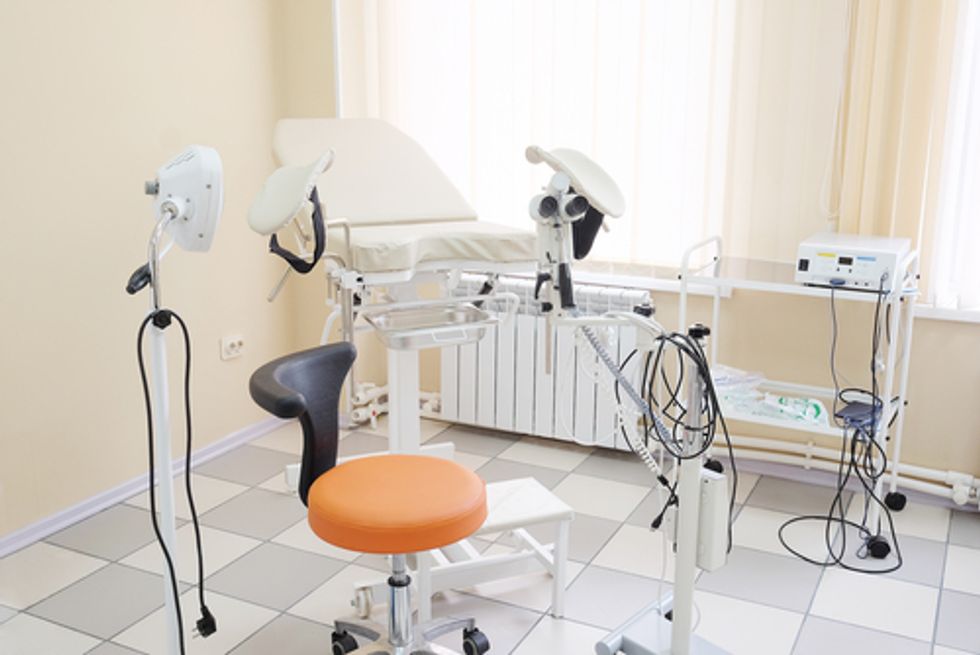 It's not fun, but it is definitely health care.

A huge part of the push to defund Planned Parenthood is to deny that what they provide constitutes health care. This talking point is all over the place in various permutations, but here are a couple of gross examples from Twitter:

You operate a fraction of women's health care facilities. Your only "health care" is abortion. Just say it. https://t.co/pWvMdqlmi3
— Emily Zanotti (@Emily Zanotti)1438632697.0

A lot of what is going on here is part of a larger, ongoing effort from anti-choicers to claim that contraception services, which are 34 percent of Planned Parenthood's services, don't count as health care. As with the shit fit being thrown over the HHS classifying contraception as a preventive medication for the purposes of insurance plans, this is all about trying to argue, through sideways means, that being able to conduct your sex life while staying healthy should be a luxury reserved for the well-off.

Most of this push has been aimed directly at contraception, mostly because it's easier to insinuate that women who cannot afford out of pocket care should simply be celibate, perhaps for life, rather than access affordable health care services. But with all the frothing at the mouth about Planned Parenthood, I've been noticing a general uptick in classifying any health care meant to address the needs of non-virgins as "abortion" or "not health care". Forty-two percent of Planned Parenthood's services are related to STI testing and treatment, after all. Another nine percent of services are about preventing cervical cancer, which still kills about 4,000 women a year. But it used to the leading cause of cancer death for women. If it weren't for groups like Planned Parenthood pushing the Pap test as hard as they can, that death rate would be much higher.

But Pap tests, which look for abnormal cells that could develop into cervical cancer, are about S-E-X. Most cervical cancer and pre-cancerous cells develop because of an HPV infection, which is a common sexually transmitted infection---so common, in fact, that the CDC estimates that nearly everyone who has sex will get it.

It's not surprising that increasingly radical right wingers are starting to get ugly about efforts to reduce the pain and suffering from HPV infections. Despite all the talk about "life", this is and always has been about a belief that sex is wrong and therefore people who have it---especially young people, low income people, people of color, women, anyone that isn't a straight white affluent man---should be punished for their transgressions. When an vaccine was developed for HPV---a vaccine that could do a lot not just to stop cervical cancer deaths, but even the development of precancerous cells that have to be removed through surgery---the religious right threw a shit fit and spread a bunch of misinformation around that is still leading to lower vaccination rates than would otherwise be expected, especially for a shot that prevents cancer. I've long said that "abortion" has morphed into a shorthand that conservatives use to deride any health care that minimizes some negative health effects that are related to having sex, and this whole debacle is really showing how true that is.

I love Planned Parenthood, as anyone who has followed my writing at all can attest. When I was in college, they were where I went for all gynecological care. I realize that conservatives would sneer and argue that the care I got isn't "real" health care, but to me, it made a huge difference. I got STI tested there. I got birth control pills for years there, which is one reason I have been lucky enough never to need an abortion. And I got Pap smears there.

I had my first abnormal Pap probably within months of becoming sexually active, which is a fairly normal and downright pedestrian experience. Luckily, Planned Parenthood workers made a point about making sure I got to my follow-up appointments, which showed, over the course of years, that unlike a lot of women, my abnormal test results were not going away. I've had to have a lot of Pap tests, y'all! It sucks. But it is better than the alternative. Eventually, and this will not surprise anyone who works in a medical profession, I did develop pre-cancer and had to have it removed surgically. It's not a big deal. But it would have been a big deal if I hadn't known about it and had it removed. Indeed, that's how women die of cervical cancer---because they don't have access to Pap tests and therefore their abnormal and precancerous and eventually cancerous cells grow and develop until it's too late.

Now, you may deny that this is  health care. You may believe that women like myself should have just kept our legs shut if we wanted to live and be healthy. That belief is, needless to say, absolutely loony tunes. Sex is a normal, healthy part of human life. There's something deeply fucked up about people who want to increase the unnecessary risks of unintended pregnancy---much less of STI infection and even death from cervical cancer---is a hopeless bid to scare people off sex.

Hypocritical, too! Nearly everyone who denies that contraception, cervical cancer screening, and STI testing/treatment count as "health care" is sexually active themselves and nearly all of them have used these services to make their own sex lives safer and healthier. The wish to deny those services to people like me, who needed Planned Parenthood to monitor a condition in my youth that eventually led to surgery in my 30s,  is just pure sadism, hatred for its own sake. It's a shame to see how that level of blind hatred and sadism has become a major part of the modern Republican politics.

I have no doubt, of course, that most conservatives reading this are thinking I'm a slut and that I deserve what I get. I could recount my sexual history and try to disprove that, but I'm not going to do that. I'm just going to let that marinate a bit, for you, that excessive level of interest in other people's private behavior that hurts no one. And that eagerness to see them suffer, maybe even die, for it.