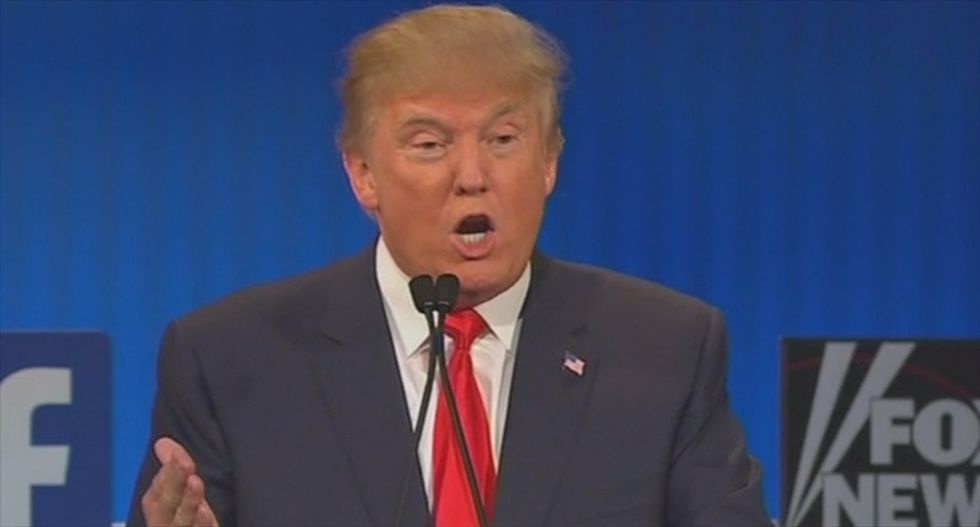 The new co-chair of Donald Trump's presidential campaign denounced him as offensive to veterans and a demagogue just over a month before signing on to his team, according to emails leaked by supporters of Texas Gov. Rick Perry.

"Mr. Trump's remarks were insulting to me as a veteran and as a person whose family sacrificed for 25 years as I 'missed anniversaries, birthdays, holidays, Christmases and Easters," Clovis wrote in an email. "[Trump's] comments were offensive and people responded accordingly. I was offended by a man who sought and gained four student deferments to avoid the draft and who has never served this nation a day -- not a day -- in any fashion or way."

Clovis, an evangelical conservative, joined Trump's team on Monday, shortly after reports that Perry had stopped paying his staff members in Iowa.

"This takes a lot of courage to step out there and do this. You know you're going to catch hell," Clovis told the Register on Wednesday. "And people have been vicious and mean and absolutely scurrilous in their attacks over the last 24 hours. I wouldn't be on his team if I didn't believe he was the right guy."

However, the email last month showed that Clovis was deeply suspicious of the real estate mogul, saying it would be "intellectually dishonest" of him to let Trump "get away with something" he would not allow from President Barack Obama or "any other progressive."

On July 22, Clovis wrote an email to Perry aides saying it "brought tears to [his] eyes" when the governor attacked Trump that same day for offering "a barking carnival act that can be best described as Trumpism: a toxic mix of demagoguery and mean-spiritedness and nonsense that will lead the Republican Party to perdition if pursued."

But on Wednesday, Clovis would not go into the specifics behind his defection to Trump's camp.

"I was recruited and hired because of my skills and my abilities," he told the Register. "I'm an employee of the campaign. I'm not going to talk about how much money I’m getting paid -- it's just not going to happen."

'This will only piss Dearie off': Trump got his handpicked special master — now he's objecting

Former President Donald Trump's attorneys pushed back on a request to back up his "planted" evidence claims from the special master tasked with reviewing thousands of documents seized from Mar-a-Lago.

Longtime federal Judge Raymond Dearie, who was selected by Trump-appointed Judge Aileen Cannon from a list proposed by the former president's legal team, asked Trump's lawyers to submit a sworn declaration on whether they believe the government's inventory list of items seized at Mar-a-Lago is accurate, essentially challenging them on Trump's repeated public claims that the FBI may have "planted" evidence during the search.