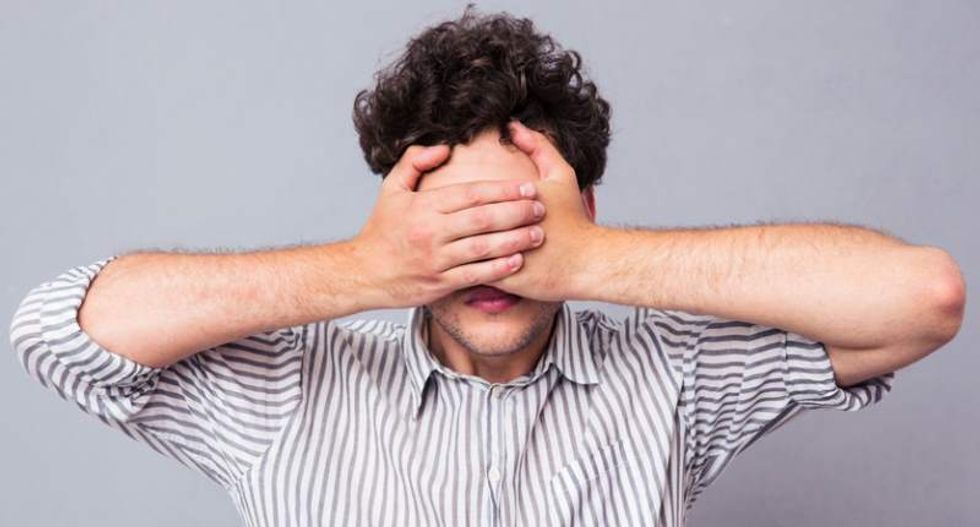 A white Christian freshman at Duke University believes he brings diversity to the campus because he is refusing, based on his religious beliefs, to read an assigned graphic novel by an LGBT woman.

Brian Grasso realized he'd have a problem with the curriculum before he ever set foot on university grounds. He had already decided that he would make a point out of refusing to read the acclaimed graphic novel Fun Home. In a Washington Post op-ed, Grasso says he's "not opposed" to reading work by troublesome Freud, Marx and Darwin, but the book crosses the line because it includes drawings of women engaging in sex.

The book, by writer and artist Alison Bechdel, is a memoir about sexual identity and her complicated, troubled relationship with her father. Bechdel drew each cartoon by first photographing herself in the character's position.

It's also been adapted into a Tony Award-winning Broadway musical.

"I know that I’ll have to grapple with ideas I don’t agree with, even ideas that I find immoral," Grasso writes in the op-ed. "But in the Bible, Jesus forbids his followers from exposing themselves to anything pornographic."

He would have read the novel if it were only words.

"But viewing pictures of sexual acts, regardless of the genders of the people involved, conflict with the inherent sacredness of sex," he writes.

One commenter seemed to sum up the whole point of going to college.

"Reading the book will allow you to open your mind to a new perspective and examine a way of life and thinking with which you are unfamiliar," freshman Marivi Howell-Arza wrote, according to the college paper.

One book Grasso will read -- over and over again -- is the Bible.

"[M]y principles come primarily from my understanding of the Bible, which I have read multiple times, studied weekly in community for the last seven years, and consider to be the Word of God," he writes.

He is expecting his professors to warn him ahead of time if they plan on teaching material he may find "immoral."

"I assume that having to view graphic images of sex for a class will be rare. If it does happen, I will avoid any titillating content and encourage like-minded students to do the same," Grasso writes. "And I believe professors should warn me about such material, not because I might consider them offensive or discomforting, but because I consider it immoral."

"Cultural pluralism will lose its value if students aren’t allowed to follow their beliefs, even if they are conservative," he writes. "Without genuine diversity, intellectual dialogue and growth are stifled."

Some are reacting to Grasso's op-ed on Twitter here:

Watch a scene from the musical version of 'Fun Home" on Late Night with Seth Meyers here: