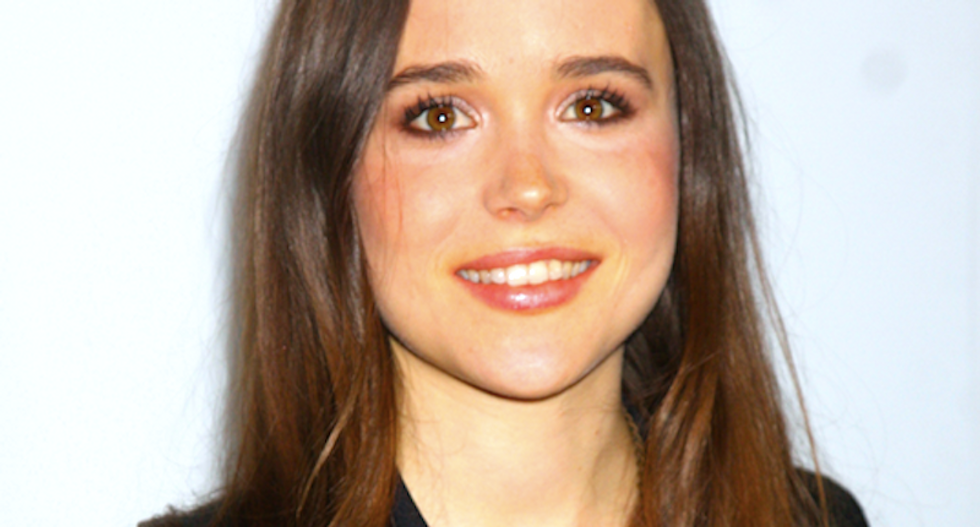 Ellen Page said she doesn't understand why actors and actresses are described as brave for playing LGBT characters.

The openly lesbian actress, who is starring alongside Julianne Moore as a same-sex couple in the upcoming "Freeheld," said portraying gay characters shouldn't be perceived as a risky career move, reported Time.

"When people are [called] brave in regards to playing LGBTQ people, that’s borderline offensive," Page said. "I’m never going to be considered brave for playing a straight person, and nor should I be."

The 28-year-old actress, who came out publicly last year, said she would be "thrilled" to play nothing but lesbian characters for the rest of her career -- but she said there simply aren't enough movies about LGBT people or other minority groups.

"It’s evident from what people are watching on television that people want diversity," Page said. "They want it. Whether they consciously know it or not, I’m not sure, but look at 'Orange is the New Black'. You’re seeing actors that, if that show didn’t exist, we might not have ever seen—that are extraordinary."

"It makes me excited because the whole reason to go to a film is to disappear into another world, and to have your humanity connect with someone else’s, who you might not ever meet in your life," she continued. "To be moved and have more compassion, that’s the wonderful thing all art can do, and particularly film."

The actress angered Sen. Ted Cruz (R-TX) during a presidential campaign event last week in Iowa, where she challenged the Republican to pass federal legislation protecting LGBT rights as part of the Vice series "Gaycation."

The senator told Page that "Bible-believing Christians (are) being persecuted," and he later complained that Hollywood promoted "liberal fascism and intolerance" against religious people.

"The anti-gay rhetoric of the right is turning into, 'Gays are actually bigoted against us because we don’t get to express our religious freedom,'" Page said. "Religion has always been used for beautiful things, and also as a way to justify discrimination—whether it’s gender, or race, or the LGBT community, or what have you. Personally, I’m an atheist, so I just have no time for it."

Page said she could not understand how religion could cause parents to reject their own LGBT children, putting them at risk for homelessness and violence.