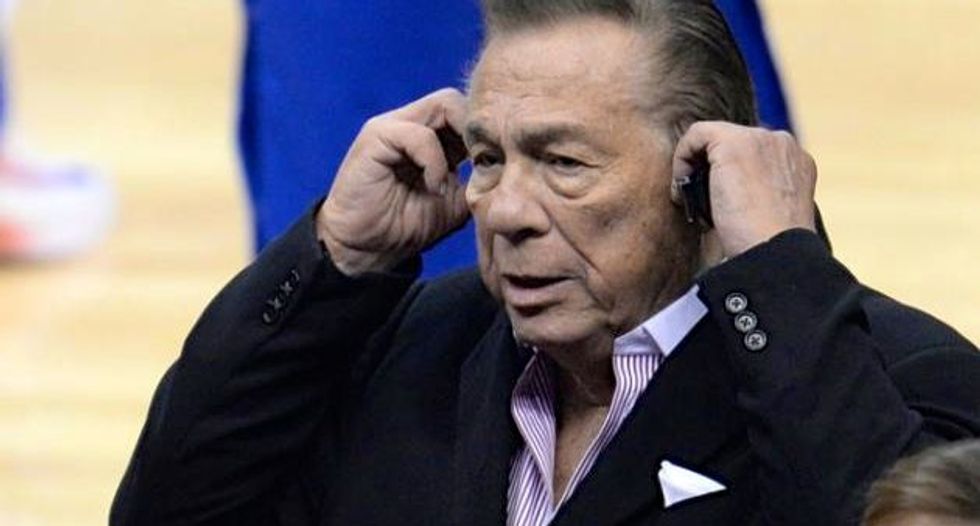 Donald Sterling, the former owner of the National Basketball Association's Los Angeles Clippers, has filed a lawsuit against celebrity news website TMZ and his former girlfriend, V. Stiviano, according to a TMZ report Monday.

Sixteen months ago, a recording of Sterling making racial comments was made public by TMZ and set off a chain of events leading to Sterling being banned for life by the NBA.

He was subsequently forced to sell the Clippers, which went to former Microsoft chief executive Steve Ballmer for a record $2 billion.

In the recording, Sterling said he did not want Stiviano inviting African-Americans to Clippers games.

The lawsuit claims the leaking of the conversation on TMZ damaged Sterling "on a scale of unparalleled and unprecedented magnitude," according to the report.

The court filing also says Stiviano "surreptitiously" recorded their conversation between September of 2013 and April of last year, and that her or her agents provided the recording to TMZ.