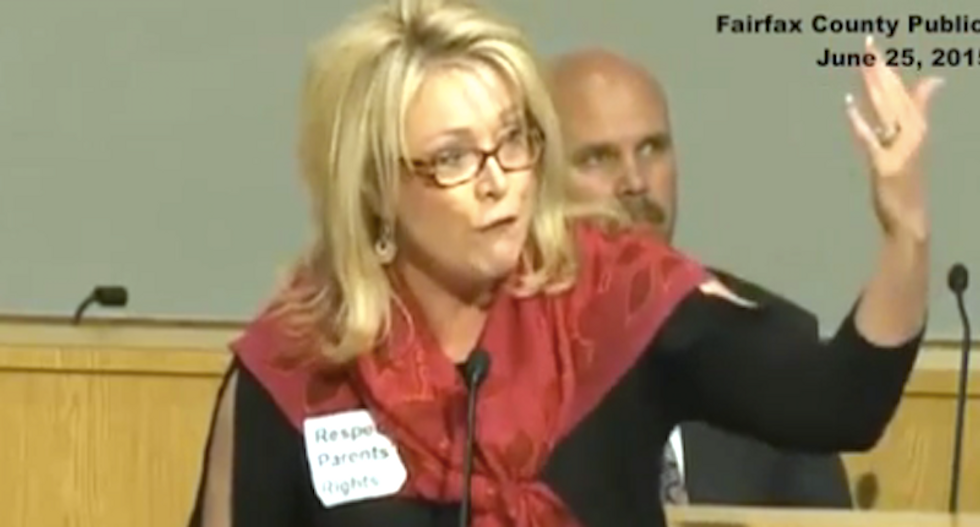 A conservative Christian activist said parents who do not force their transgender children to conform to their biological gender norms are abusive.

Andrea Lafferty, of the Traditional Values Coalition, traveled to Bentonville, Arkansas, where she tried to scare school board members out of supporting proposed protections for LGBT employees by claiming they would be "doing the bidding of the Obama administration" if they voted for the measure -- which ultimately failed.

The activist called the "Sandy Rios in the Morning" program Monday from Arkansas to continue her attacks, saying the measure would have “put psychologically unhealthy teachers in the classroom," reported Right Wing Watch.

Lafferty and Rios agreed that LGBT students were at higher risk for suicide, but they ignored whether their own hateful activism might play any possible role in making those teens “psychologically unhealthy and unstable."

The "family values" activist attacked federal researchers who are studying whether those attitudes make LGBT students more vulnerable to self-harm and instead encouraged parents to reject their own LGBT children.

"The federal government is funding a study of transgendered [sic] kids, but it’s more to promote it,” Lafferty said. “To me, it’s the ultimate act of child abuse to not try and really help your child through this and to become whole but they are psychologically unhealthy.”

Watch video of Lafferty speaking at a Fairfax County, Virginia, School Board meeting: