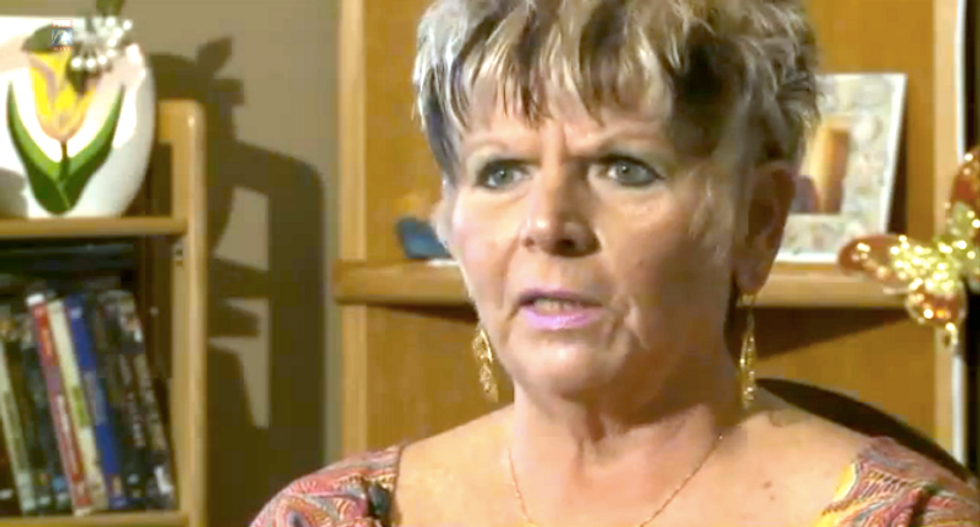 An influential court clerk who was fired from her job in Ferguson this year after a Department of Justice investigation revealed she had sent racist emails to two police officers, is again on the taxpayer's payroll.

Mary Ann Twitty, who was fired in May after a scathing Department of Justice report into the city's unconstitutional practices was released, is now working three days a week as a court clerk in Vinita Park, a tiny city not far from Ferguson, the St. Louis Post-Dispatch revealed.

She was unceremoniously booted from her job in Ferguson with no severance package when her emails with shockingly racist content were revealed as part of the DOJ investigation.

One email showed a picture of Ronald Reagan feeding a chimpanzee in the 1951 film, "Bedtime for Bonzo" with the caption, "rare photo of Ronald Reagan babysitting Barack Obama in 1962," according to the New York Daily News.

In another, she wrote Obama wouldn't be in office for long because "what black man holds a steady job for four years." In yet another, she sent a photo of bare-chested women performing a traditional dance in Africa with the words, "Michelle Obama's High School Reunion!" according to CNN.

The emails were circulated between Twitty and Ferguson police Capt. Rick Henke and Sgt. William Mudd, both of whom have resigned.

Twitty, who was proud about her friendship with Darren Wilson, the white Ferguson officer who shot dead unarmed black teen Mike Brown, also fixed traffic tickets for her friends with the help of Municipal Court Judge Ronald Brockmeyer, the Daily News reports.

Twitty became the face of everything wrong with Ferguson, the Post-Dispatch notes, and reports that daily court practices trampled the rights of everyday Ferguson citizens. Many of the problems outlined with the court system by the DOJ "were solved simply with the departures of Twitty and Brockmeyer."

Ferguson became the focus of a contemporary civil rights movement focusing on issues of racism through police violence after Wilson, exactly one year ago Sunday, shot and killed Brown. The teenager's body was left lying in the open in the street for four hours. Brown's name and Ferguson have become synonymous as symbols of police brutality and racism in the American criminal justice system, and galvanized the Black Lives Matter movement.