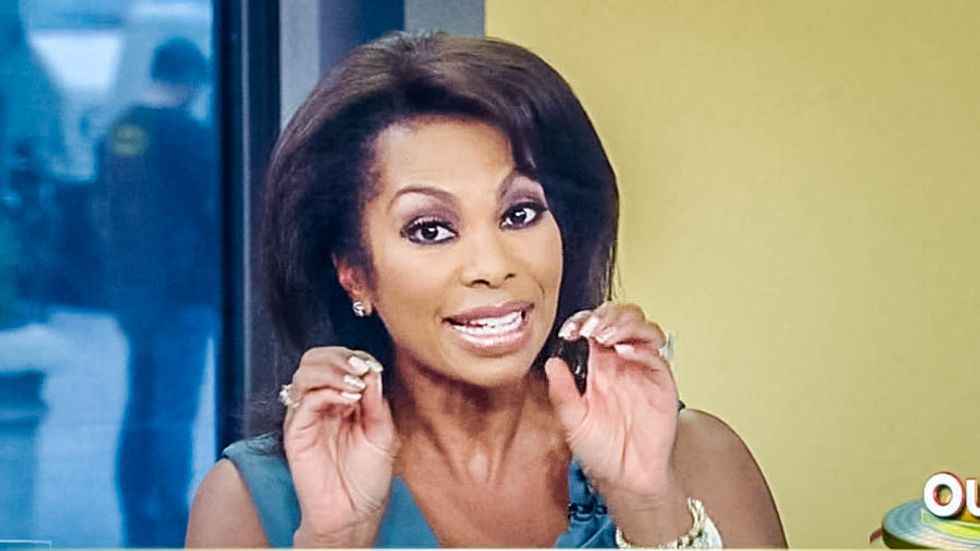 The hosts of Fox News' Outnumbered suggested on Tuesday that daughters could be put into convents or kept "home in the kitchen" to prevent them from getting sexually assaulted at college fraternities.

After the Sigma Nu fraternity suspended their Old Dominion Chapter this week for hanging banners warning parents that daughters should be "ready for a good time," Fox News host Harris Faulkner said that it was a sign that she needed to get her daughters "ready for the real world."

"These guys are teenagers and in their twenties and they were probably drunk when they were writing the signs," Faulkner explained. "And they're just having a good time."

Co-host Andrea Tantaros predicted that college women would go to the fraternity in spite of the signs if there were "hot boys."

"Ray Rice in the NFL, how many women were still wearing his jersey after we all had seen the video and knew what was going on?" Faulkner recalled.

"The signs are disgusting and the university has to take a stand on this because of what's going on with rape culture," Tantaros continued. "The university has to stand up and say, 'If something happens at that house, we cannot be responsible.' But not even that, it's PR. They have to protect the brand of Old Dominion University."

According to co-host Kennedy Montgomery, the signs were "a backlash that these guys are feeling about being told that they are predators. And oftentimes, you see the pendulum swing the opposite way."

"I hope they are focusing on keeping the women safe," Faulkner said.

"My daughters are going to a convent," Montgomery volunteered.

"I'm going to keep them home in the kitchen," Faulkner agreed.

Watch the video below from Fox News' Outnumbered, broadcast Aug. 25, 2015.