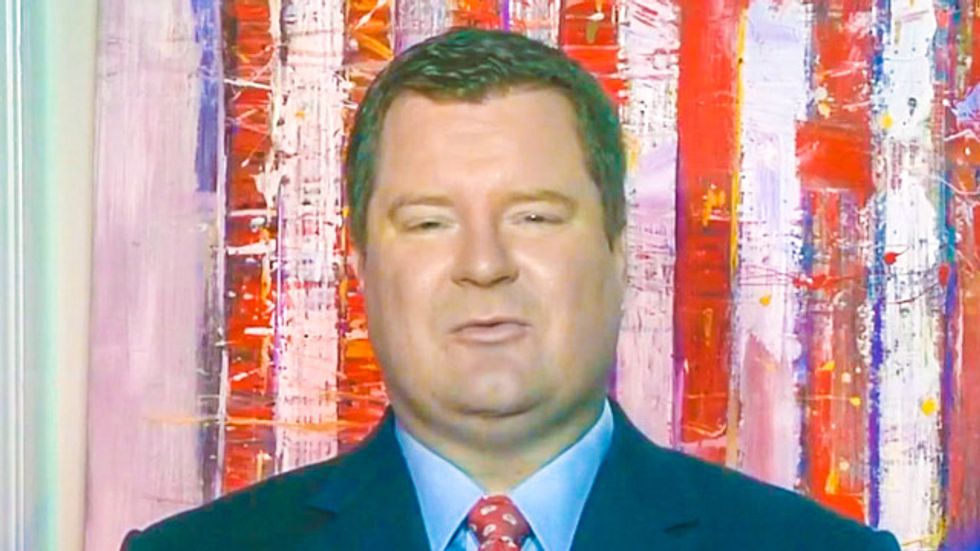 "We have passed the point where Nazi comparisons are inappropriate," Eric wrote in a blog post on Friday. "These are children. They entered into the world alive and were killed, chopped up, and sold bit by bit."

"If Republicans are not willing to make this their hill to die on and even see the government shutdown to stop this, the Republican Party needs to be shut down," the conservative blogger insisted. "The Party of Lincoln that rose from the ashes of a whig Party that would not stand up to slavery must stand up to this evil."

Writing for his radio show's website a day earlier, Erickson called for consequences if the Republican Party did not shut down the government over Planned Parenthood funding.

"Friends, if Republicans in Congress will not stop giving tax payer dollars to the American Joseph Mengele, we should show the party violence in the polling booth," he argued. "The budget and appropriations fights are forthcoming. If Barack Obama is willing to risk a government shutdown because he demands our tax dollars continue funding an organization that kills our children and sells their organs, we should have that fight."

"Shut down the government if that is what it takes," Erickson concluded.