George Zimmerman: Virginia shootings are a 'hate crime' by black 'pansy' -- and Obama's an 'ignorant baboon' 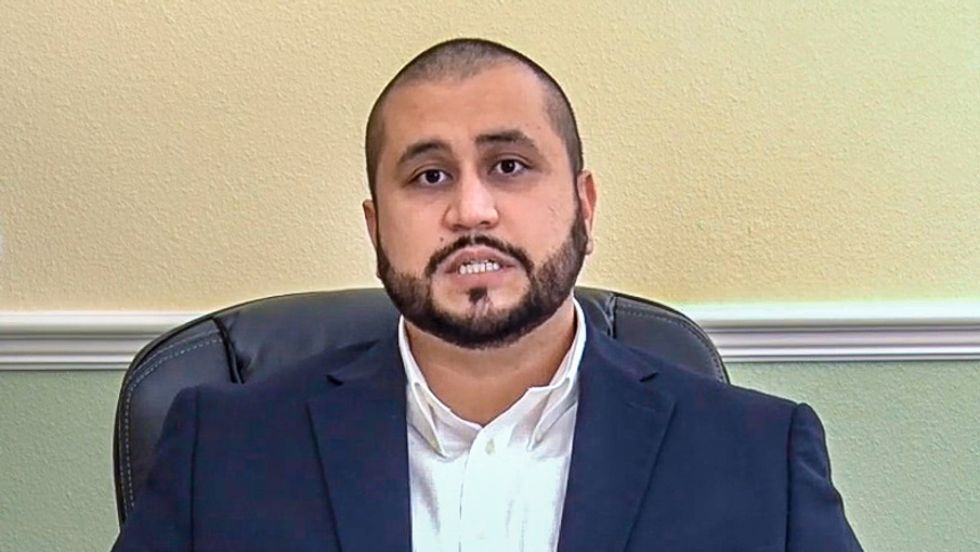 WDBJ-TV reporter Alison Parker, 24, and photographer Adam Ward, 27, were killed Monday morning when Vester Flanagan II opened fire on them during a live broadcast, also wounding Vicki Gardner, who was giving an interview.

Zimmerman, who says he can't find work after his 2013 acquittal but recently teamed up with the owner of a "Muslim-free" gun shop owner to sell Confederate flag prints, reacted to the shooting by attacking President Barack Obama.

Flanagan, who was gay and black, sent a 23-page manifesto to ABC News explaining that his simmering rage had boiled over after the fatal shootings of nine black churchgoers in Charleston, South Carolina, by a white supremacist.

The 41-year-old Flanagan, who broadcast using the name Bryce Williams, fatally shot himself after posting online video of the killings that he had recorded himself.

Obama said Wednesday afternoon that "it breaks (his) heart every time you read or hear about these kinds of incidents," but he said "the number of people who die from gun-related incidents around this country dwarfs any deaths that happen through terrorism."

Zimmerman reacted to the president's comments by calling him "an ignorant baboon."

The Confederate flag-hawking acquitted killer's comments appear to be part of an emerging narrative about the Virginia shootings, which conservatives are using to push back against advancing civil rights for black and LGBT Americans.

DEPT OF SINGLE STANDARDS: Hey after the #VirginiaShooting is it time to take down those rainbow flags we see all over the place?
— Dinesh D'Souza (@Dinesh D'Souza) 1440633436.0