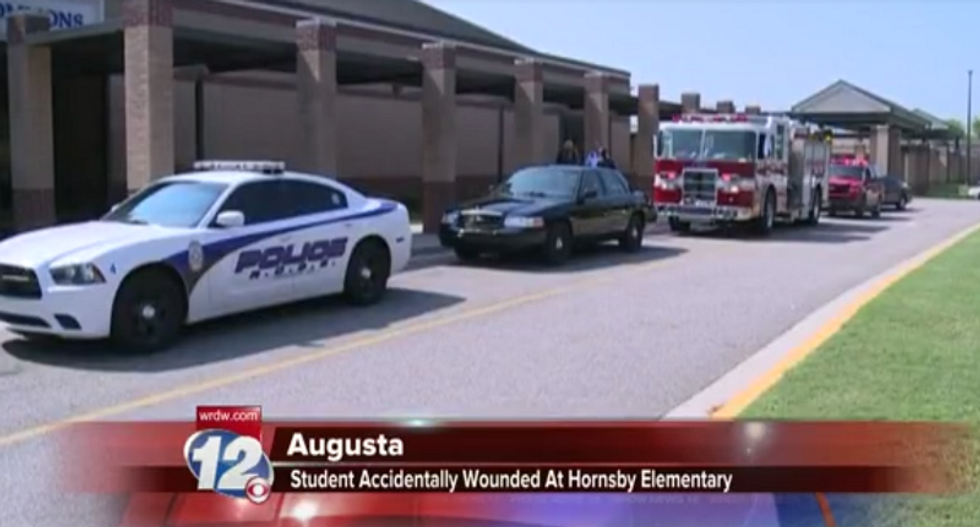 A Georgia boy who had a gun in his desk at school was taken into custody after the firearm accidentally went off, wounding a female student, WAGT reports.

The incident happened Tuesday morning. Reports don't specify the age of the children but it happened at Hornsby Elementary, a K-8 school in Augusta.

The accident happened at about 10:45 a.m. A student brought the weapon to school and hid it in a desk. It went off, and a bullet grazed a female student's side. She was taken to a local hospital but is expected to fully recover.

Parents were notified that they could pick up their children early. No one else was injured.

The school was on lock down initially, WJBF reports.

Watch the report from WRDW here: