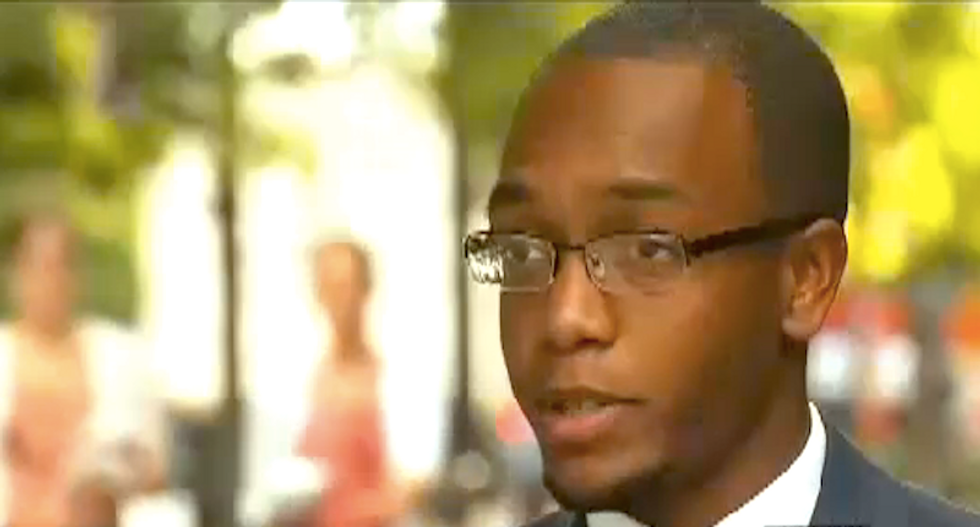 A Georgia student was arrested after a clerical error caused him to be confused with another man whose license was suspended -- and his father said he's lucky he wasn't injured or worse.

Marcus Green was pulled over Monday night for speeding in Fayetteville and expected to receive a ticket, but instead he was arrested, reported WXIA-TV.

The 21-year-old Georgia State honor student had somehow become confused by state record-keepers with someone named Gerien Marcus, whose license was suspended in Macon.

The citation shows Green has a different name, age, hometown and vehicle than Marcus -- but nonetheless his license was suspended and he was taken to jail.

"You don't think it's going to happen to you, that you're going to end up in a jail cell because of a speeding ticket," said Green, who spent three hours in jail before his father bailed him out with $1,100 cash.

His father, a former law enforcement official, said he was relieved his son had remained calm and polite -- even though he was arrested for something he hadn't done.

"This could have went south very easily," said Mark Green. "With the heightened sensitivity with youth -- particularly young black men -- the wrong thing he could have said, the wrong action could have created problems."

Green and his father went to Macon to meet with the county clerk, who said such mistakes are not uncommon.

State officials recommend that drivers check their license number online once a month to make sure there are no problems, the station reported.

The Department of Driver Services received two records in Green's case that contained identical driver's license numbers, but those records were not returned to the court for correction, as they should have been.

"In this case, it was not and incorrect information was applied to Mr. Green's record," said a spokeswoman for the department.