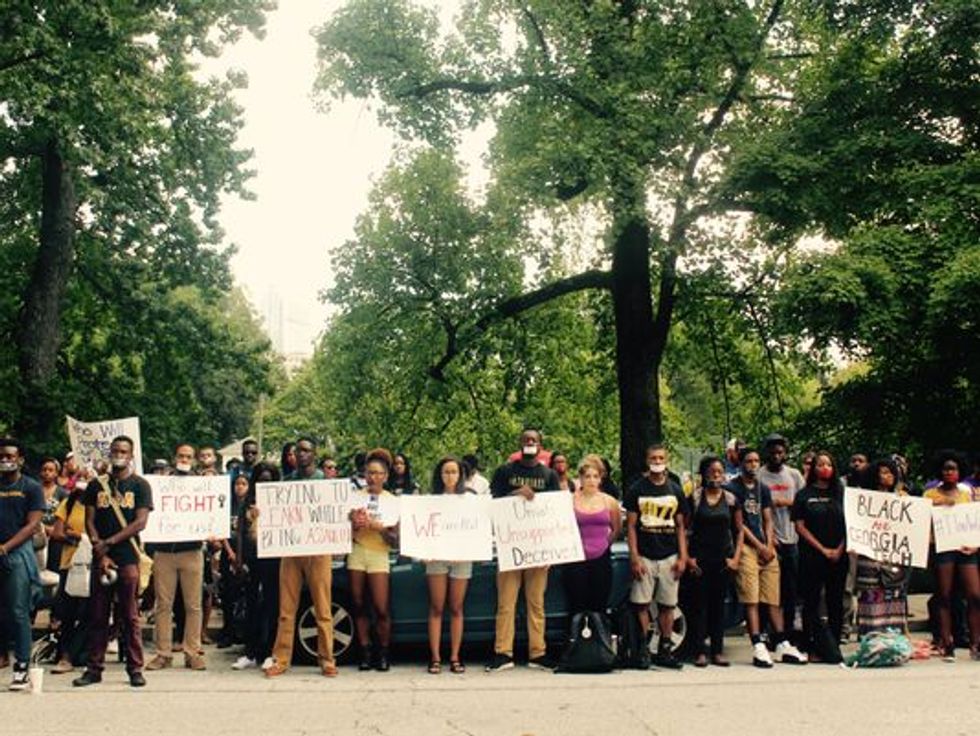 Students at Georgia Tech during the Aug. 20 silent protest. (Facebook)

The Georgia Institute of Technology is investigating allegations that white members of a campus fraternity shouted racial slurs at a black female student earlier this month.

The Atlanta university "does not condone discriminatory language or behavior and is taking this matter very seriously," Dean of Students John Stein said about the allegations against members of the Phi Delta Theta fraternity.

While the university investigates the allegations, Georgia Tech's president and senior leadership met with students to create a task force "on the African-American student experience," the statement said.

More than 100 students last week protested outside the Phi Delta Theta house, Atlanta television station WGCL reported. Some of the protesters had covered their mouths with duct tape with racial slurs printed on them to make their point, the station said.

It is the latest in a series of racial and other controversies involving U.S. college fraternities.

In March, the University of Oklahoma closed a fraternity linked to a video of students singing racial epithets and labeled the actions of those involved "disgraceful."

That same month, a fraternity at North Carolina State University was suspended after a television news report about what appeared to be a pledge book filled with racially and sexually charged comments.

In April, the University of Florida expelled a fraternity after reports that members insulted disabled veterans and desecrated their U.S. flags during a resort retreat.