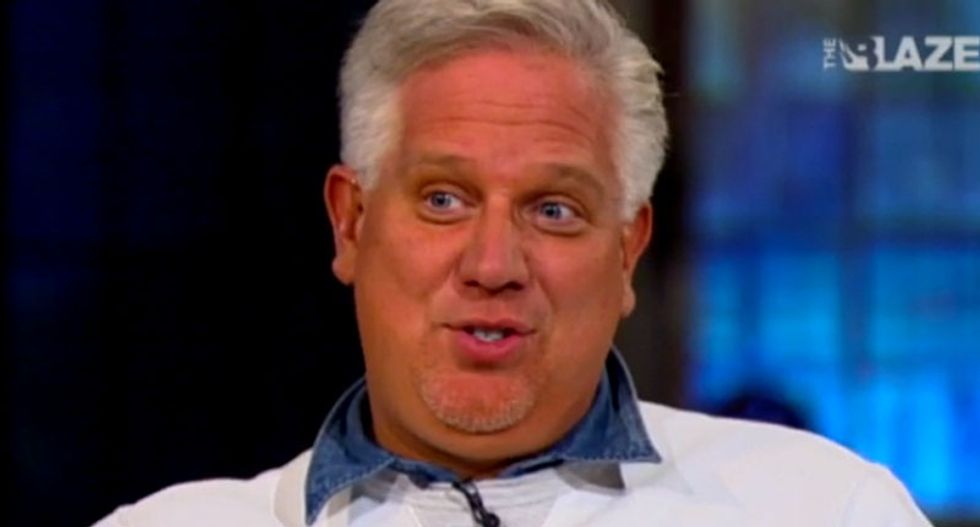 Conservative radio host Glenn Beck plans to oppose a proposal that would expand anti-discrimination policies in his local school district to include LGBT students, Towleroad reported.

Earlier this week, Beck -- a resident of Keller, Texas -- announced on his Facebook page that he would attend the Keller Independent School District's board meeting on Thursday and encouraged fans to attend. A screenshot of the post is below: 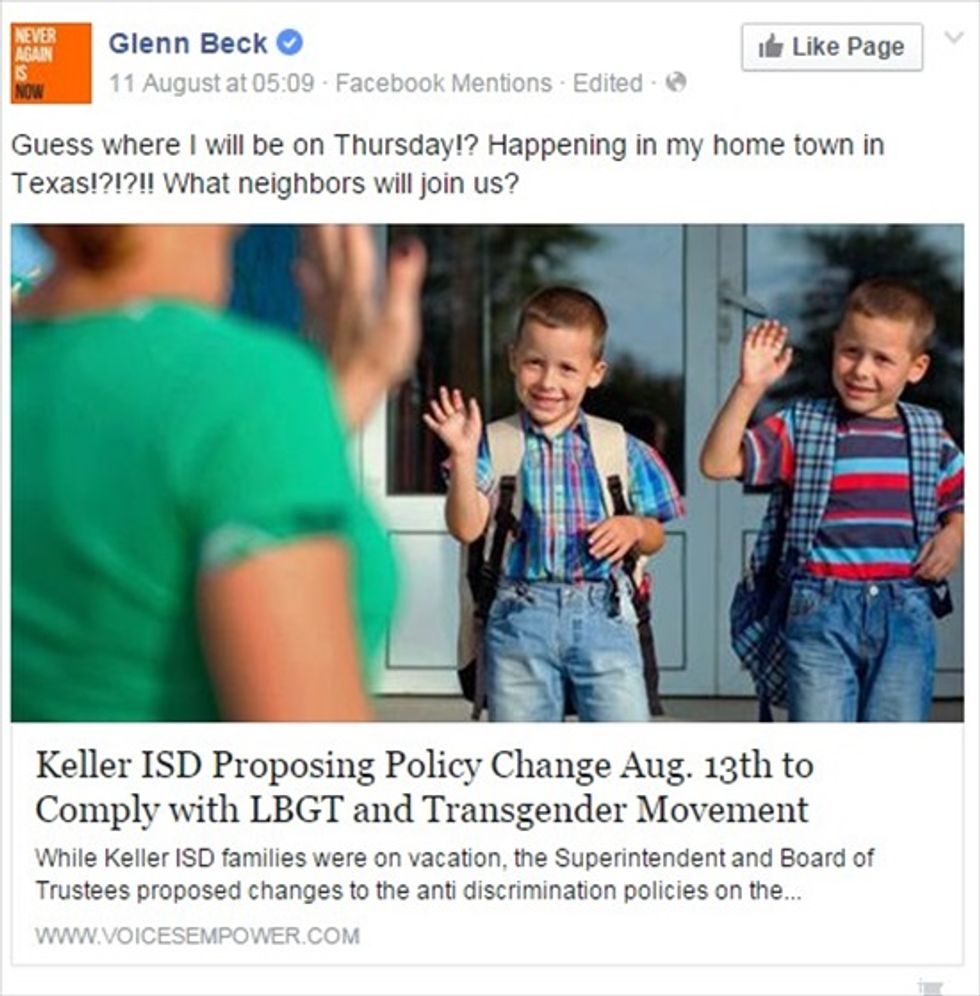 KTVT-TV reported that the board planned to consider adding gender expression, gender identity, and sexual orientation to it existing policy. However, the board announced on Thursday afternoon that it would postpone its decision.

Board president Randy Reid released a statement saying officials had received "passionate pleas on both sides of the issue."

"The District's sole intent in recommending the proposed changes was to ensure that all of our students feel protected by our policy language," his statement read. "The issue has become extremely polarizing, with the great potential of creating feelings of winners and losers. This was certainly not the intention of the District, as we strive to teach our students that by working together we can usually solve even the most challenging issues."

Beck linked to an article by the conservative site Voices Empower accusing the board of planning to "comply with [the] LGBT and Transgender Movement."

"We are fighting for the innocence of our children," the site stated.

According to Towleroad, members of the NE Tarrant Tea Party also expressed their opposition to the measure by attempting to paint supporters as Communists and Satanists on their Facebook page, as seen below: 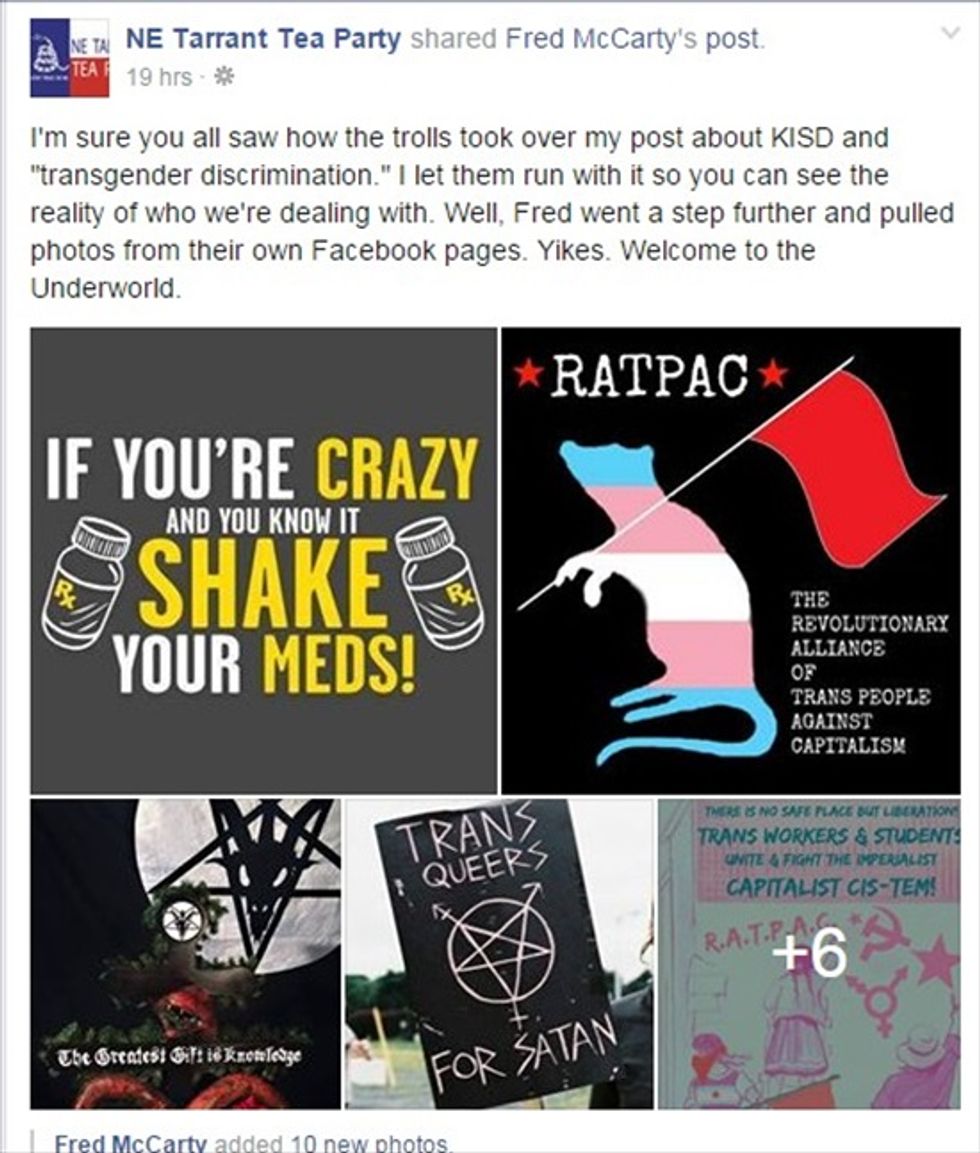 In reality, the push to expand anti-discrimination measures in the district originated with two local students: 16-year-old Casey Akers and 18-year-old Emily Hobart. Akers, a sophomore at Timber Creek High, was blocked in her attempt to mount an elaborate "promposal" for her girlfriend on campus this past March. Officials cited district policy barring any such events from taking place on school grounds.

As the Fort Worth Star-Telegram reported a month later, Hobart, a senior at Keller High, joined Akers in asking the board to revise its non-descrimination policy.

"The [promposal] is just the catalyst of all this -- this is just a small example of the discrimination that the students face every single day by other students and by faculty and by the district by not including them in this policy," Hobart told WFAA-TV.