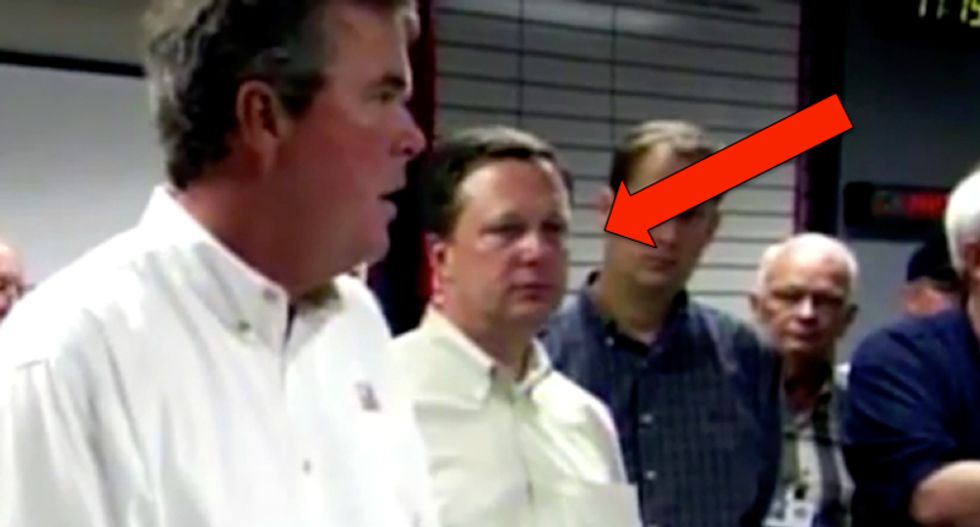 Former Florida Gov. Jeb Bush (R) marked the 10th anniversary of Hurricane Katrina by featuring the official who became associated with the poor federal response to the disaster in a new campaign ad, CNN reported.

The commercial shows Bush standing next to former FEMA director Michael D. Brown as Bush calling Florida disaster-response workers "the best emergency response team on the ground, in the country and in the world."

Brown, who was appointed by Bush's brother, then-President George W. Bush, in 2003, resigned following rotund criticism for his efforts during the hurricane two years later, and was mocked after the president gave him a public vote of confidence by telling him, "Brownie, you're doing a heck of a job."

As the Washington Post reported at the time, Brown later admitted that he misjudged the strength of the storm. In 2011, Brown called the president a "fratboy" who also failed to understand how many resources were needed to properly help New Orleans residents recover from Katrina.

The video released by Jeb Bush's campaign, by contrast, shows various Florida officials praising his ability to deal with hurricanes.

Watch the video, as posted on Tuesday, below.