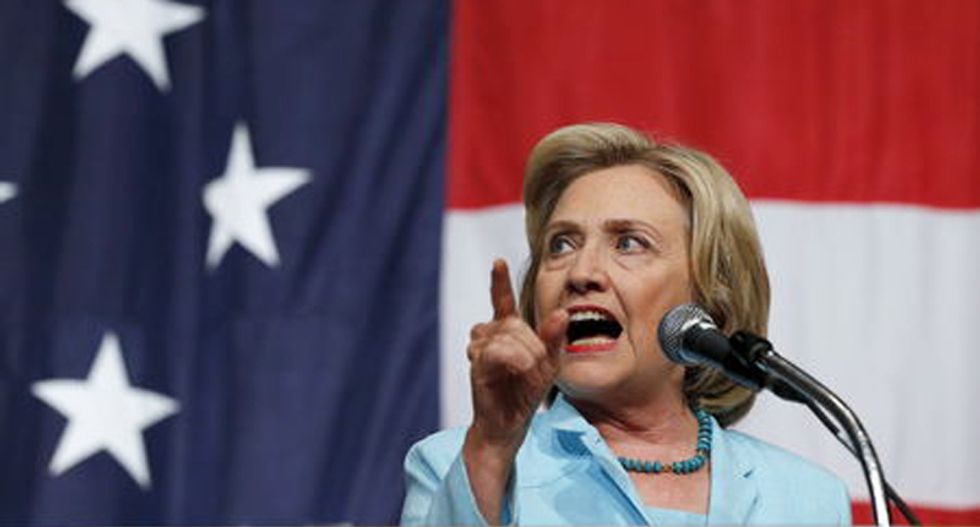 Democratic presidential candidate Hillary Clinton on Saturday hit back at comments from Republican Jeb Bush that President Barack Obama's policies on Iraq created instability that led to the rise of the Islamic State militant group.

Clinton, who served as Secretary of State in the Obama administration, directed the blame toward Bush's brother, former President George W. Bush, who launched the 2003 U.S.-led invasion of Iraq and also signed the agreement for withdrawing U.S. troops.

"I find it somewhat curious that Jeb Bush is doubling down on - defending - his brother's actions in Iraq," she said at a press conference during a campaign stop at a state fair. "But if he's going to do that, he should present the entire picture. And the entire picture, as you know, includes the agreement George W. Bush made with the Maliki government in Iraq that set the end of 2011 as the date to withdraw American troops."

Jeb Bush, a leading contender for the Republican nomination in the 2016 presidential election, has said Obama, and by extension Clinton, bungled a chance to leave behind a contingency force of about 10,000 troops when American forces left Iraq in 2011.