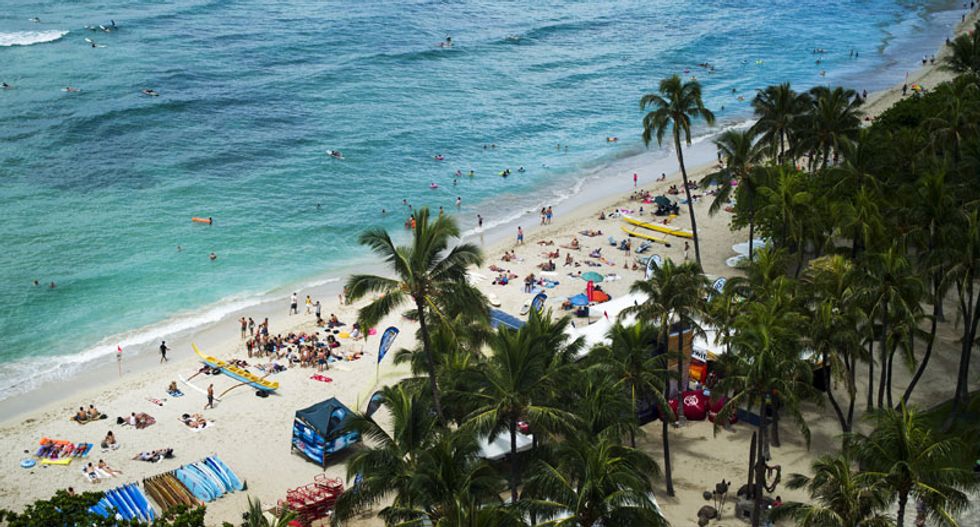 Warning signs were taken down and beachgoers were again welcome in the water after bacteria levels declined significantly, the City and County of Honolulu said in a statement.

The beachfront had been closed due to an infection risk after 500,000 gallons of waste water spewed from manhole covers on Monday during heavy rain, officials said.

The waste poured into storm drains leading to the ocean and sullied a stretch of beach dotted with large hotels and restaurants.

City officials said on Tuesday the spill was the result of the sewage pumping stations having been shut down for maintenance when the showers hit.