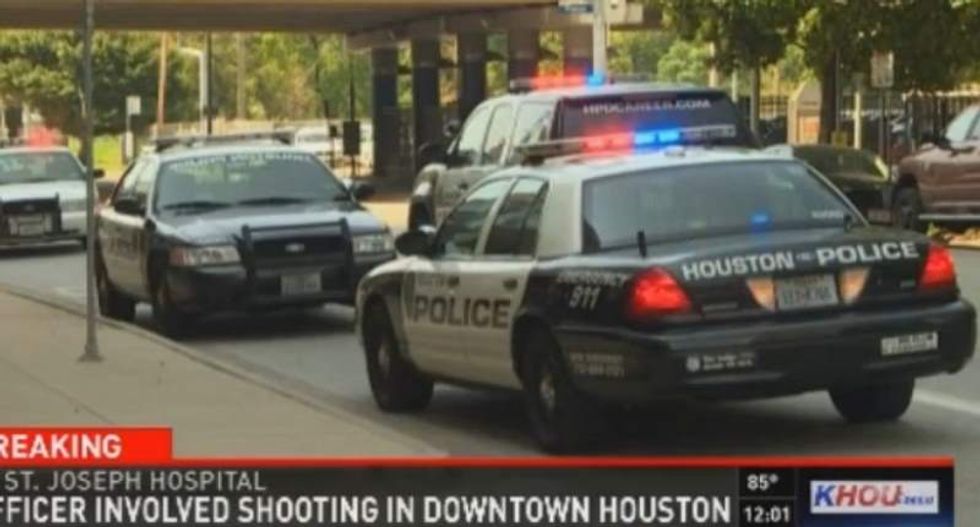 A Houston police officer working a second job as a hospital security guard shot and critically wounded on Thursday a patient who had been combative with staff and fought with security, a Houston police spokesman said.

The officer was one of two off-duty police officers working as security at St. Joseph Medical Center in Houston who were called into the room to subdue the suspect, described as a 26-year-old male, the spokesman said.

The suspect fought with the officers, injuring both. One of the officers deployed his Taser but that did not appear to have any effect, spokesman Kese Smith said.

"The struggle continued to escalate, at which point, the second officer, fearing for his safety and that of his fellow officer, discharged his duty weapon, striking the suspect," Smith said.

Houston Police did not identify the patient and did not have information on why he sought care at the hospital.

The officers, veterans of 21 and 30 years on the force, suffered lacerations to their heads and one appears to have a severe concussion. They were being treated at the hospital and have not been identified, he said.

Watch a report on the shooting, as aired on KHOU-TV, below.