'I can't breathe': Man runs into jail lobby seeking help but dies after deputies pile on him instead 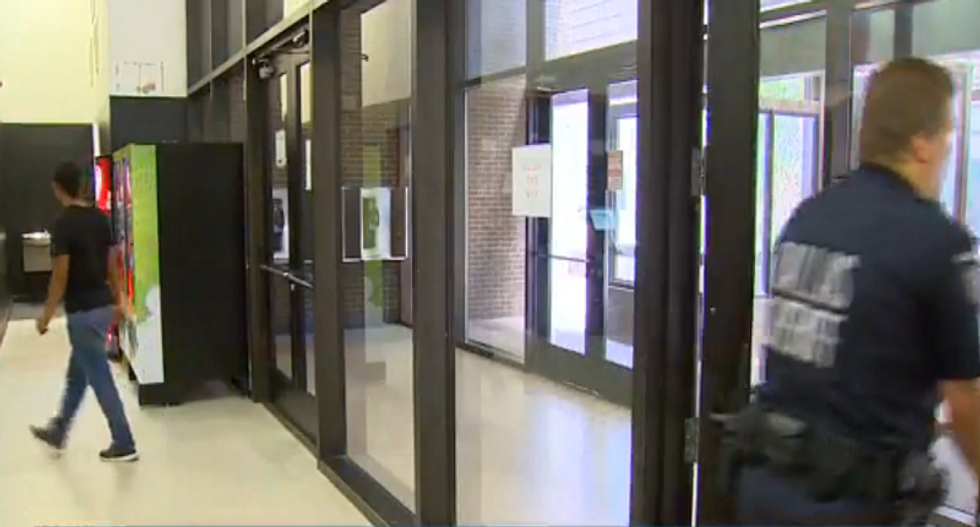 A man who ran into a Dallas County jail screaming for help ended up dying when Sheriff's deputies piled on top of him and handcuffed him Saturday, WFAA reports.

The 47-year-old man, who has not been identified yet, apparently parked his car at the county jail and ran in screaming that his wife was out to kill him. But instead of helping him, witnesses told WFAA that deputies took him to the ground and handcuffed him. One had his knee on the man's neck.

"They had him in handcuffs, he wasn't fighting back, he wasn't, not letting them restrain him, he was saying, 'I can't breathe, I can't breath,'" witness April Berryhill told the station. "One of the officers had him down on the ground with his knee on his neck."

Dallas County deputies said they were "simply trying to calm him down," reports WFAA's Sebastian Robertson.

"When a person is calling for help, someone should reach out and help them, and not try to go in full-force with the person," witness Tiffany Todd White told WFAA. "Try to see what's going on with that person before you start going in and treating him like a dog."

A nurse was called and CPR was administered, but the man died, WFAA reports.

Deputies closed the lobby temporarily after the incident. Shots from WFAA's news footage shows surveillance cameras in the lobby where it occurred.

Watch the report from WFAA here: