In historic vote, Amnesty International decides to support the decriminalization of sex work 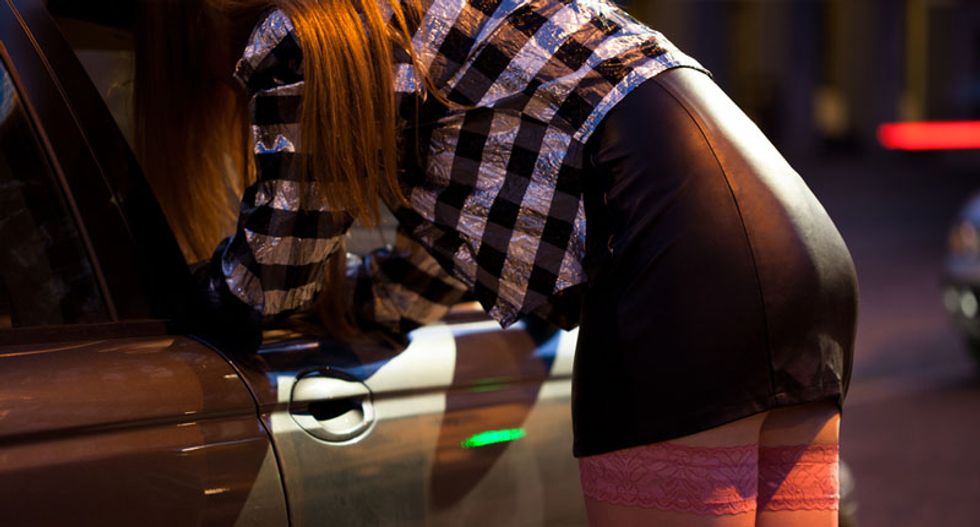 A sex worker looking into a car (Shutterstock)

Amnesty International on Tuesday voted in favour of adopting a policy supporting the decriminalisation of prostitution in the face of intense criticism over the highly controversial move.

The decision was taken at the human rights group's International Council Meeting (ICM) in Dublin by a majority of the 400 delegates from 70 countries.

But the organisation would not give a breakdown of the votes.

While Amnesty hopes the move will help protect the human rights of sex workers, critics say the organisation, set up in London in 1961, risks losing credibility.

"Sex workers are one of the most marginalised groups in the world who in most instances face constant risk of discrimination, violence and abuse," he said after the vote.

"It was not a decision that was reached easily or quickly and we thank all our members from around the world, as well as all the many groups we consulted."

Amnesty also wants to see the decriminalisation of third parties involved in prostitution, such as pimps and brothel operators, alongside sex workers themselves.

Ahead of the vote, the Coalition Against Trafficking in Women (CATW) penned an open letter saying that Amnesty's name would be "severely tarnished" if it approved the policy.

The open letter was signed by women's rights groups, doctors and stars including Meryl Streep, Kate Winslet and Emma Thompson.

"There's no logic behind the premise that in order to protect those who are exploited you have to decriminalise the exploiter. It makes no sense," CATW executive director Taina Bien Aime told AFP.

"It is really important for Amnesty to understand the world is watching and they would really lose a tremendous amount of credibility as a human rights organisation if this is supported."

More than 8,500 people have added their signatures to an online petition by CATW.

Other opponents of the draft policy stress it fails to recognise the many reasons -- including poverty, violence and coercion -- that draw people into prostitution.

"The demand for commercial sex is what fuels trafficking. You cannot then turn around and say let's protect those who are promoting the demand," said Esohe Aghatise, anti-trafficking manager with women's rights group Equality Now.

Amnesty says the proposals do not change its long-standing position that forced labour and trafficking for the purposes of sexual exploitation constitute serious human rights abuses and must be criminalised.

Differing legislation in countries across Europe reveals the depth of division over the issue.

France recently moved to criminalise the buying rather than selling of sex -- known as the "Nordic model" which is in force in Iceland, Sweden and Norway.

Prostitution by force is banned all over Europe, but legislation differs between countries. Sex work is legal and regulated in Austria, Germany, the Netherlands, Switzerland and elsewhere.