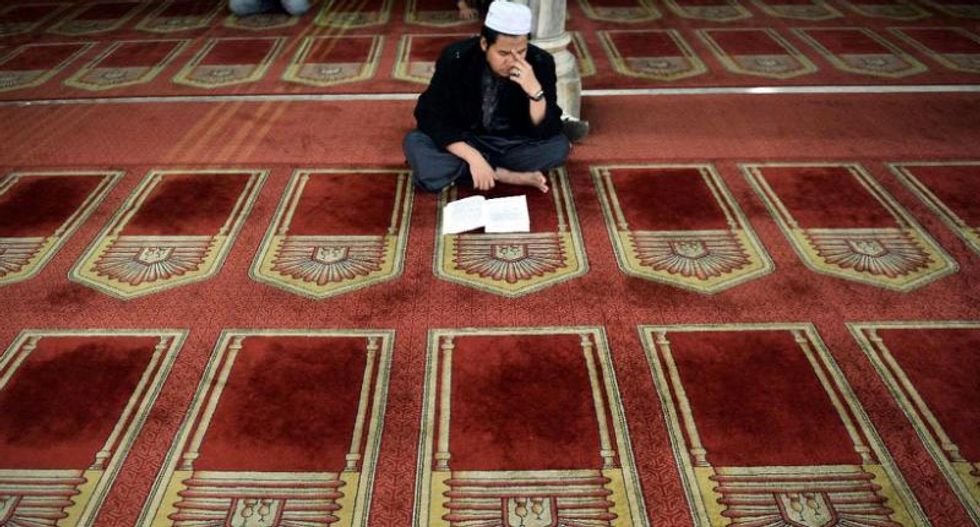 An Egyptian man reads from the Koran, Islam's holy book, inside Al-Azhar mosque in the old city of Cairo (AFP Photo/Mohamed El-Shahed)

An Iowa man arrested in June and charged with threatening to shoot and kill Muslims at a Boston mosque plans to plead guilty, according to court papers.

Gerald Wayne Ledford, 57, of Clinton, Iowa, was arrested after making threatening posts on the Facebook page of the Islamic Society of Boston Cultural Center, including "we will destroy you" and a photo of a person carrying a gun.

In a filing in U.S. District Court in Boston on Tuesday, he said he intended to plead guilty and wanted to have his sentencing handled in federal court in Iowa, a request to which federal prosecutors in both states consented.

He could face a sentence of up to five years in prison for the charge, transmitting a communication containing a threat to injure a person.

His arrest came amid a series of Islam-linked protests in the United States, some sparked by an attack in May by gunmen in Texas on an exhibit of caricatures of the Prophet Mohammed, drawings that are considered blasphemous by many Muslims.