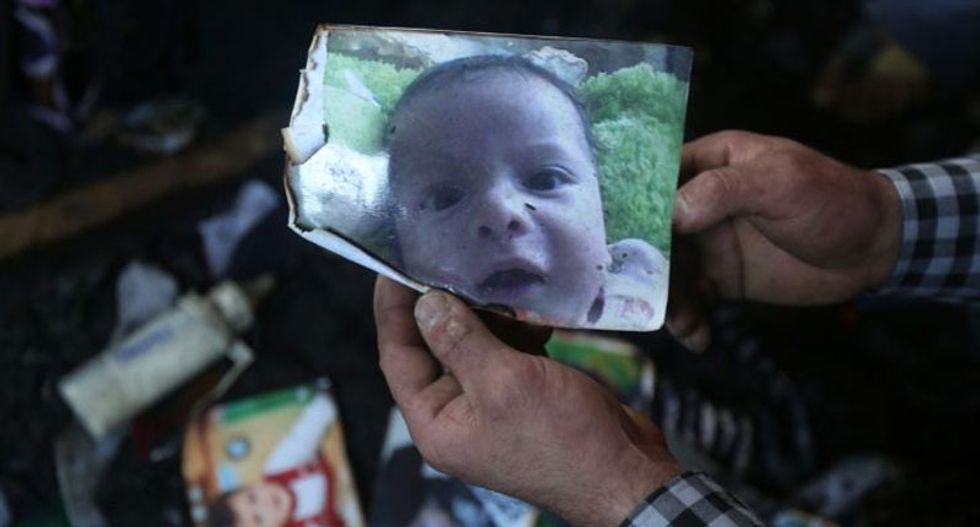 Israel has released all suspects detained in raids as part of a probe into the firebombing of a Palestinian home that killed an 18-month-old child and his father, authorities said Monday.

They did not provide the number of those detained in the raids early Sunday in wildcat Jewish settlement outposts in the West Bank near the Palestinian village of Duma, where the July 31 firebombing occurred.

Wildcat outposts in the Israeli-occupied West Bank are notorious for housing young Jewish hardliners, referred to as hilltop youth.

"All those arrested yesterday for interrogation have been released," a spokeswoman for the Shin Bet domestic security agency told AFP, without providing further details.

The raids came as Israel seeks to crack down on Jewish extremists following the firebombing and the July 30 stabbing attack at a Gay Pride parade in Jerusalem that killed a 16-year-old girl and wounded five people.

The attacks were not related, but both have led to pressure on authorities and the government to act against Jewish extremists accused of being behind a series of hate crimes and nationalist attacks.

In addition to Sunday's raids, three alleged Jewish extremists have been placed in a controversial form of detention without trial usually used for Palestinians.

Prime Minister Benjamin Netanyahu has labelled the firebombing "terrorism" and pledged to use all legal means to track down the perpetrators, but many have accused his government of being too slow to address the problem of Jewish extremism.