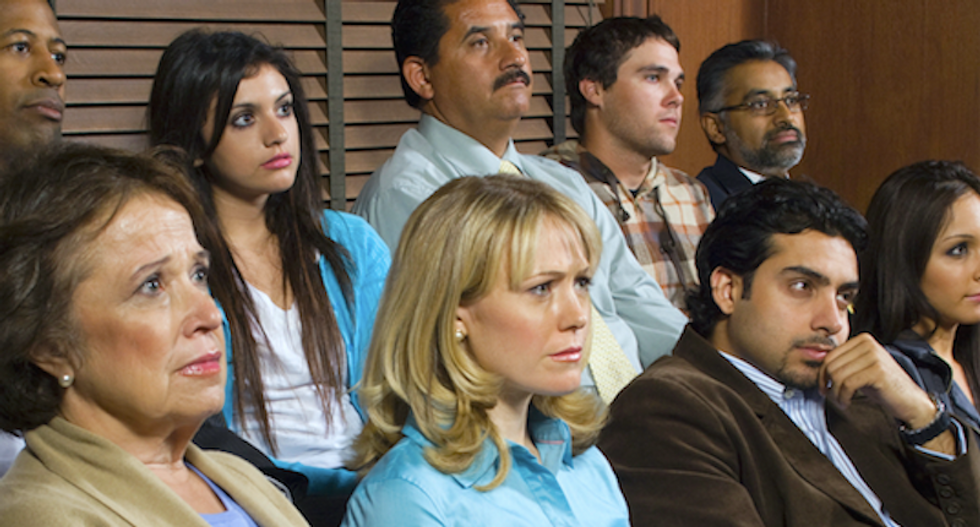 Police tore down a tent Wednesday morning set up outside a Denver courthouse by activists urging potential jurors to acquit defendants who may be guilty of breaking unjust laws.

A federal judge had granted an injunction less than 24 hours before that overturned a county judge's order barring public demonstrations at the Lindsey-Flanigan courthouse, reported the Denver Post.

A civil rights attorney filed a motion within hours of the clash asking a federal court to find Denver Police Chief Robert White in contempt for violating the injunction.

The motion filed by attorney David Lane accused "jack-booted thugs" with Denver police of unlawfully confiscating 1,000 pamphlets on jury nullification, along with camping equipment and other items.

The security administrator for Colorado courts testified that authorities were concerned about the possibility of unrest if Dexter Lewis, a black man convicted earlier this month of stabbing five people to death at a Denver bar, was sentenced to death while James Holmes, who is white, received a life sentence for killing 12 people at an Aurora movie theater.

Police took down the activists' tent after they told officers they did not need a permit for the structure.

Lane, the civil rights attorney, also filed a lawsuit after police arrested activists Mark Iannicelli and Eric Brandt earlier this month of jury tampering charges when they set up a booth outside the courthouse and distributed jury-nullification pamphlets to potential jurors.

Jurors do have the power to acquit defendants they believe are guilty, but it's not clear whether they have a legal right.