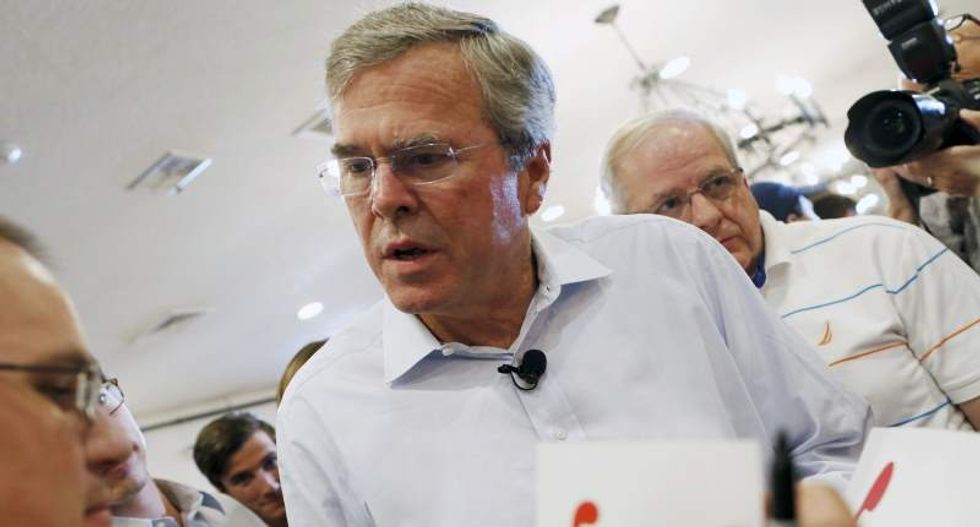 Former Florida Gov. Jeb Bush tried to explain his use of the anti-immigrant term "anchor babies" on Monday by shifting the ethnic group targeted by it, Gawker reported.

"What I was talking about was the specific case of fraud being committed in organized efforts -- and frankly, it's more related to Asian people -- coming into our country, having children in that organized effort, taking advantage of a noble concept, which is birthright citizenship," he said during an appearance in McAllen, Texas.

Bush made the statement days after being criticized by Democrat Hillary Clinton's campaign for using the term in reference to Latino immigrants and calling for "greater enforcement" regarding immigration policy. As CNN reported, Bush used the phrase, "anchor babies, as they're described" amid a larger discussion over the increase in calls by conservatives to end birthright citizenship, which is legal under the 14th Amendment.

"It is ludicrous for the Clinton campaign to suggest that somehow I'm using a derogatory term," the Republican candidate said on Monday, adding that he supported the amendment.

"Nothing about what I've said should be viewed as derogatory toward immmigrants at all," Bush said. "This is all how politics plays. And by the way, I think we need to take a step back and chill out a little bit as it relates to the political correctness -- that you have to be scolded every time you say something."

Watch Bush's remarks, as posted online on Monday, below.