Jorge Ramos tells Megyn Kelly: Trump behaved like a dictator in booting me from press conference 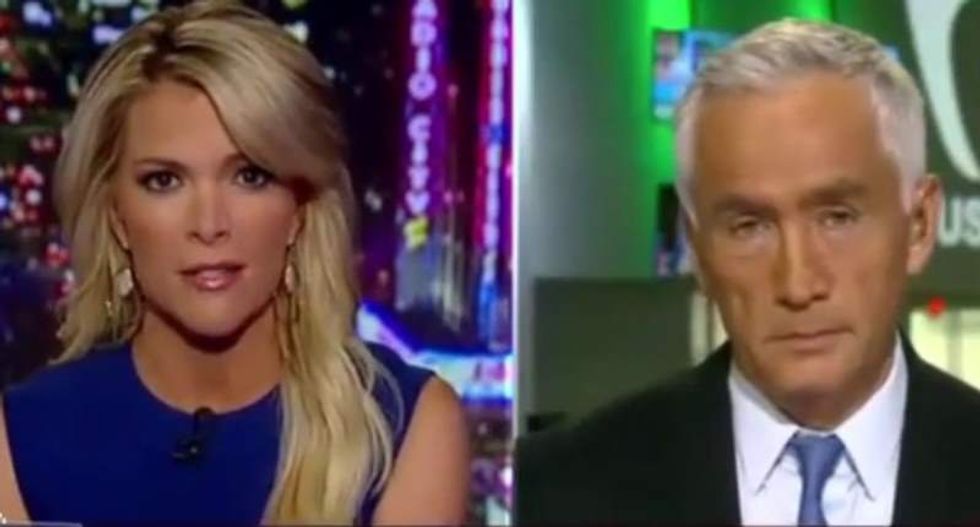 Fusion host Jorge Ramos defended his questioning of Donald Trump in an interview with Fox News' Megyn Kelly on Wednesday, saying Trump's ideas regarding freedom of the press and immigration are "extreme."

"I've been a journalist for 30 years, and I've never been ejected from any press conference anywhere in the world," Ramos said. "Those are the things you see in dictatorships, not in the United States of America. It is very important that he answers the questions. He hasn't answered the questions on, how is he gonna to deport 11 million undocumented immigrants from this country?"

Ramos confronted Trump during a press conference in Dubuque, Iowa on Tuesday, and was pushed out of the event by the candidate's security at one point before being allowed back in.

Kelly recounted Trump's feud with Univision, which touched off when the Latino network yanked its telecast of Trump's Miss USA pageant in June over his anti-immigrant comments. Univision president Randy Falco blasted Trump in a statement released earlier in the day, saying the candidate's treatment of Ramos was "beneath contempt."

"He clearly is not a fan of yours, or of Univision," Kelly told Ramos.

"Nor of yours," he replied, one of several references he made to Trump's ongoing attacks against Kelly for pressing him on his history of sexist comments during a GOP candidate debate.

The Kelly File host also pointed out that Ramos had described Trump's rhetoric as hateful and divisive before going to Iowa.

"Can you understand Trump's side of it, which is 'This is not the outlet I wanna take these questions from 'cause their mind is made up about me'?" she asked.

Ramos responded that since Trump is speaking about issues that are important to an electoral bloc of 60 million Latinos in the US, it does not matter whether he likes the questions.

"The problem is that he's not used to being questioned, he doesn't like uncomfortable questions," Ramos said. "It happened with you, it happened with your colleagues at Fox News -- he hates it when he's being confronted. And we have to ask those questions."