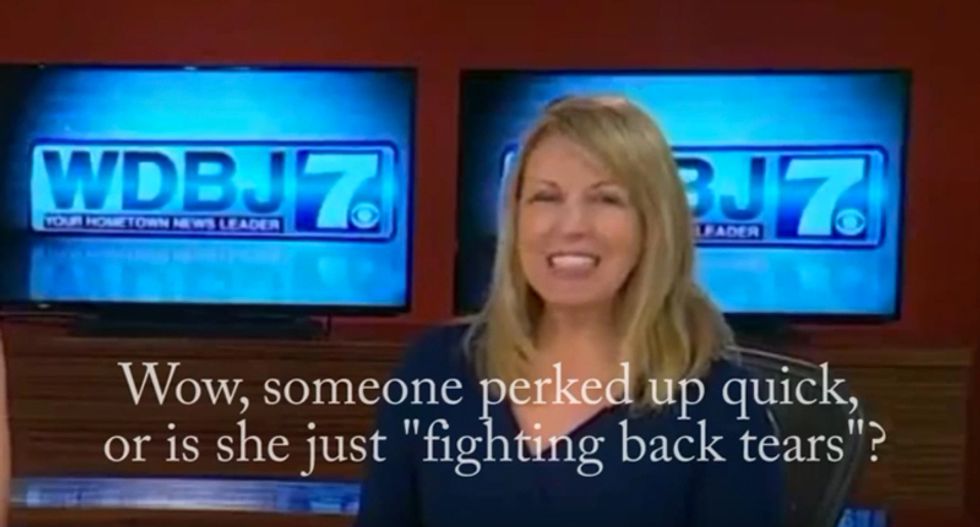 WDBJ anchor smiling proving it is all a hoax - Screenshot

According to the Internet, the shooting of WDBJ-TV reporter Alison Parker and cameraman Adam Ward on Wednesday was a hoax perpetrated on the American public by the Illuminati. Or the Freemasons. Or Homeland Security. Or all three working in conjunction with each other, possibly under the supervision of Satan who works at CBS.

I am not making that up.

If we ever needed more proof that we have a mental health problem in this country equal to our "too many guns" problem, we would need look no further than to videos on YouTube proving conclusively that the shooting was a hoax designed to start a race war so that the government can swoop in and take away everyone's guns.

If only it was that easy.

WDBJ, the national media, local law enforcement officers, the FBI, the families and friends of the victims... all of them are in on the conspiracy, made even even more extraordinary than Sandy Hook because this time we have video of the shooting.

But that doesn't matter because WDBJ Trutherism is here and we've got the tweets and YouTube videos to prove that you can't trust anyone these days. Not even you own lying eyes.

Here is s a sampling of intriguing come-ons posted on the Internet where all things are equally true because they wouldn't be available online if they weren't. I've used screenshots in case they get taken down. By the Illuminati-controlled Google, of course: 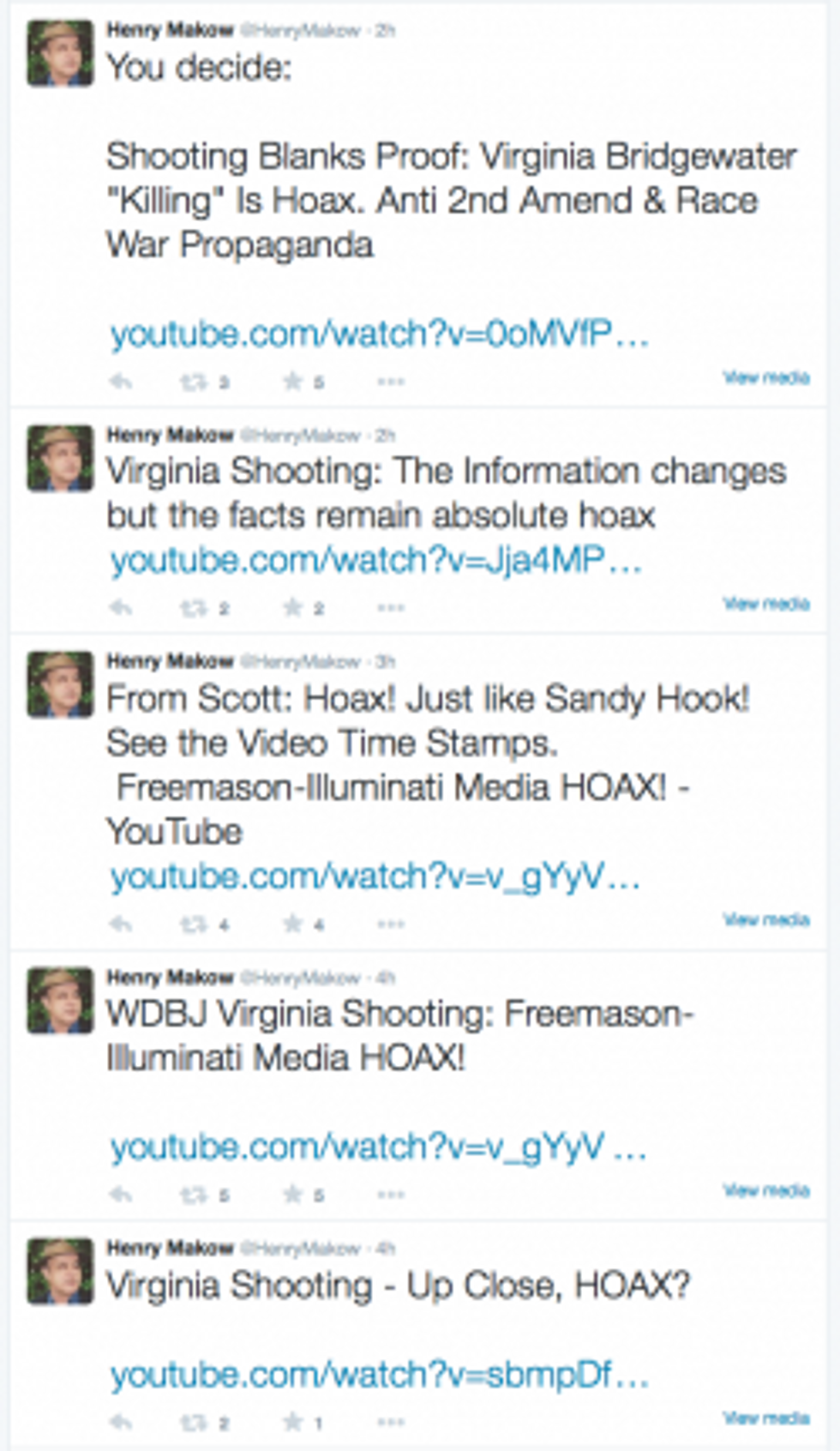 Intrigued? You should be. Here are a couple of videos -- up less the 24 hours after the shooting  -- that aim to prove that everything you know or have ever seen with your own two eyes is probably a lie:

CBS All Seeing Eye Lucifer's Supercollider Broadcasting Network's partnership with The Department of Homeland Security hoax-scheme on the population, trying to incite race wars in America. I will give them credit, this one was inventive, but still a HOAX.

The last staged event was Charleston a white man killing blacks. Now it's a black man "killing" a white. The Gnostic hierarchy stirs up both race war sides, in the hope all guns are confiscated.

Remember: Our lax gun laws allow these people own guns.