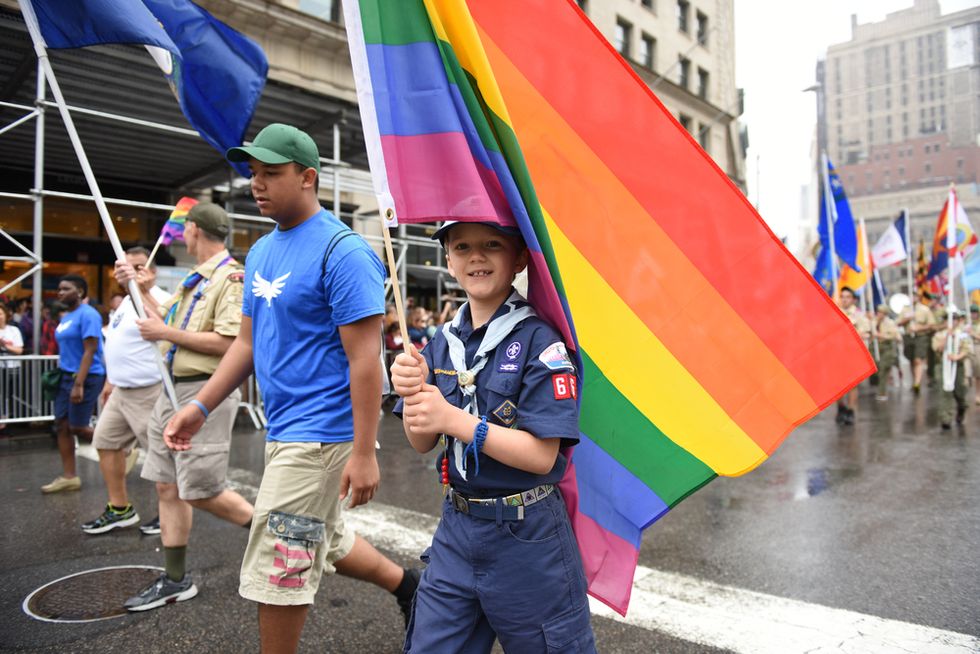 In an interview with National Public Radio (NPR)'s Weekend Edition, a Mormon father talked about his disappointment is the Boy Scouts of America's decision to lift its ban on openly gay troop leaders.

NPR spoke to Quin Monson, a former scout, current father of a scout and a professor at Brigham Young University. Monson talked about the century of shared history between the BSA and the Church of Jesus Christ of Latter Day Saints.

"The church took the Boy Scout program and decided its values and mission aligned closely enough with that of the church's program for young men that they just wholesale adopted it," Monson said. "Basically, if you are a young Mormon male, you join the Boy Scouts."

Now, in light of the national organization's decision to lift the ban, the Mormon church is considering severing its ties with the BSA.

Monson said, "The BSA statement allows for leaders who are openly gay and what that means in practice is, I don't think, exactly clear. But I think that it very well could conflict with the church's own policy which is, 'You can identify as gay and be an active, faithful member of the Church of Jesus Christ of Latter Day Saints.' The problem is acting on that same-sex attraction, so there's a distinction between actions and orientation."

His own son said that he fails to see the issue with allowing gay scouts and scouting leaders.

"He's a pretty deep thinker, and a thoughtful kid, but his reaction was, 'Well, I don't see why it matters, dad. Why is this such a big deal?'" said Monson.

"That's the hard part about all of this," Monson said, his voice breaking, "is that it impacts a group of young men who don't necessarily understand why."

Listen to the interview, embedded below: